As 2013 comes to a close, we’ve put together the fourth edition of our annual year-end lists, covering the most crucial records of the year. We’ll begin this year’s wrap-up by counting down 7″ singles, ranked in order to represent our anticipation of the band’s releases in 2014. It’s also a list of anything we thought stood out in 2013, so save up some extra cash and make sure you cop these premium slices of wax before it’s too late. We covered a total of 97 different 7-inches this year and we hand-picked 30 of them right below, beginning with a list of some that just couldn’t fit. Happy holidays and most of all, happy reading – Part 2 comes tomorrow covering records #15-01, so sit tight!

Energy Gown – I Watch the Sun 7″
Label: Self-released
B-side:
Chicago drone-rockers in Energy Gown self-released their own mesmerizing debut in 2013. Strung-out and spacey, their brand of psych is hypnotic and soaked in acid. After a 16 minute 7″ there has to be more up their sleeves heading into 2014, so we’ll have to wait and see.

Cop City/ Chill Pillars – Gift Shop 7″
Label: Hozac Records
A-side:
Nobody twists and bends their psychedelic pop like the Pillars of Chill. After an excellent sophomore album in 2012 these guys continue the illness with two cuts of mutated pop seemingly from the same batch as their previous LP. Listen long enough and you’ll feel a second head grow out of your shoulders.

Ttotals – Spectrums of Light 7″
Label: Twin Lakes Records
A-side:
After a killer EP in 2012 the Nashville duo followed up with this 7″ on Twin Lakes. Their take on psych rock is murky and saturated in smoke, employing colorful electronic samples to go with their menacingly bluesy sound. They’re taking their time dropping these records and we’re patiently waiting.

Blank Range – Scrapin’ 7″
Label: Sturdy Girls Records
B-Side:
Blank Range brought two top-notch releases in 2013: Their Phase II cassette and this two-song 7″ from Sturdy Girls. Both give us a look at their kaleidoscopic take on hazy rock and roll as they only begin to get started. 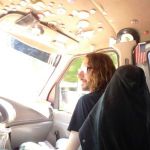 Gap Dream – Chill Spot 7″
Label: Burger Records
A-side:
Gabe Fulvimar and Burger Records started the second wave of Gap Dream with this 7″. His sophomore LP was announced shortly afterward, delivering a magnified version of this blurry and warbled electronic pop. It’s probably still too early to say, but Fulvimar probably has much more going on under his hat for 2014.

Cannon – It’s Cool, No Worries 7″ EP
Label: Bon Voyage
A-side:
Bon Voyage doesn’t always drop a ton of records, but whenever they do we’ve been sure to pay attention. 2013 brought us the dense and twisted pop from Brisbane-based Cannon, leaving us with a smoking batch of mangled and ecstatic garage pop nuggets.

Shark Week – Santurce 7″
Label: Analog Edition Records
B-side:
After a solid debut this Washington DC trio came back even stronger than we could have predicted with this single. They named the 7″ after the neighborhood in Puerto Rico it was recorded in, delivering their honest and soulful take on rugged, Western-tinged rock and roll. 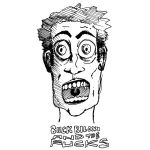 Buck Biloxi & the Fucks – Holodeck Survivor 7″
Label: Total Punk Records
A-side:
Buck Biloxi & the Fucks have a nasty attitude and it shows on this blown-out piece of wax. They eventually released their debut full-length this year on Germany’s Red Lounge Records too. Total Punk means Total Punk and these guys fit the mold, no questions asked. Hopefully they’re up to no good in 2014 – take a look at Hozac’s upcoming releases for some added insight. 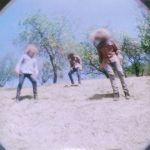 Fuzz – Sunderberry Dream 7″
Label: In the Red Recordings
A-side:
Fuzz began turning heads right at the end of 2012. Since then this turned out to be their third 7″, released just shortly before their monstrous debut album. Included is a menacing non-album track and an absolutely lethal cover of King Crimson’s “21st Century Schizoid Man.” They speak for themselves.

Ketamines – All the Colours of Your Heart 7″
Label: Pleasence Records
A-side:
The Ketamines came back in a wave this year, dropping their sophomore album and enough 7″ singles that we started losing track. All the Colours of Your Heart was the first in a set of four, leaving us with two fun-filled cuts of twisted bubblegum pop that’s as menacing as it is catchy. Besides their relentless pop, this 7″ has a bit of a jazzy feel weaved into it, naturally leaving us to wonder where they’ll go next.

Bad Vision – 112 7″
Label: Every Night Is A Saturday Night/ Adagio 830 Records.
A-side:
From down under in Melbourne, Bad Vision came into our lives at the beginning of 2013. That’s when this rotten little 7″ first came out and it was eventually followed by their full-length debut at the end of the year. Sharp and melodic, this self-described “garage rock/proto punk” will absolutely flatten you.

Lantern – Mr. Mars 7″
Label: Goodbye Boozy Records
A-side:
Loving Philadelphia trio cleaned it up this year with a slew of releases on labels all over the globe. This is one of their most vibrant releases yet, shoving their soulful strand of punk n’ roll down our throats with the squeal of a saxophone. These guys have the heart and the soul and they’re only getting started.

That’s all for today – follow the link to see Part 2 (#15-01) of the 7″ Countdown! Now join us in saying happy (belated) birthday to the Styrofoam Drone – the blog turned four years old yesterday on the 18th.