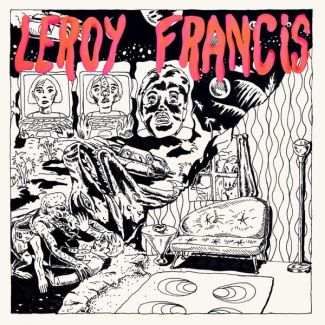 S.O.R.E. is our first true encounter with LEROY FRANCIS, a multi-instrumentalist and known insomniac originally from Sydney, Australia. Considering those facts, the story goes that Francis has spent countless sleepless nights, resulting in a rather large library of self-made tape recordings at home from his bedroom. This new EP includes 6 tracks from those bleary-eyed, wee-morning-hour sessions, and you certainly get that sense while listening.

END_OF_DOCUMENT_TOKEN_TO_BE_REPLACED

MEN I TUST was sent here as a personal recommendation. The end result was a week’s worth of listening to any other music totally lost (it could happen to you too), whilst discovering their large handful of potent, one-off singles, in addition to their self-titled full length LP released in 2017. END_OF_DOCUMENT_TOKEN_TO_BE_REPLACED

Breathlessness is a growing label based in Hoppers Crossing, Australia, a suburb located southwest of Melbourne. They released the debut cassette EP from SUN BAZEL in Altona, loaded with their creamy psychedelic space pop.
END_OF_DOCUMENT_TOKEN_TO_BE_REPLACED

WARM DELTAS enigmatically spawned from the primordial swamps of Atlanta, Georgia. For what appears to be their inaugural release, She Went To Japan, Chicago’s Grabbing Clouds Records has fabricated a hand painted cassette that genuinely resembles the way my best friend’s bike was self-painted in 1988. However, the Warm Deltas’ anechoic sound is anything but 80’s.
END_OF_DOCUMENT_TOKEN_TO_BE_REPLACED

WREATHS is a 5-piece band from Asbury Park, NJ who self-describe their sound as “dream punk.” Released by Killing Horse Records, their new self-titled album melts psychedelic rock into a frothy landscape. END_OF_DOCUMENT_TOKEN_TO_BE_REPLACED

Based in Brooklyn, NY, BAKED is a 5-piece band who released their own self-titled EP in the summer of 2013. Forged Artifacts in Minneapolis is now re-releasing the dreamy EP with a previously unreleased track titled “Wolf.” END_OF_DOCUMENT_TOKEN_TO_BE_REPLACED

WALRUS is a trio from Halifax, Nova Scotia, Canada specializing in a form of jangly psychedelic pop. Their new EP Glam Returns was just released as a split cassette from Poncho (Halifax) and Out of Sound Records (Guelph). END_OF_DOCUMENT_TOKEN_TO_BE_REPLACED

Decades Records is a boutique label based out of West Palm Beach, Florida. They just released the debut 7″ from Lake Worth 4-piece WAKE UP, crafting a blend of moody guitar pop over four tracks. END_OF_DOCUMENT_TOKEN_TO_BE_REPLACED

VAADAT CHARIGIM (which translates to “Exceptions Committee” in Hebrew) is a trio based in Tel Aviv, Israel. Their brand new debut record The World is Well Lost was first released on cassette by Burger Records in 2013. Now it’s coming on vinyl format from the folks at Warm Ratio, which goes hand-in-hand with their Spring tour of the United States later this month. The tour leads them right to their record release show on March 17th in Indianapolis, not to mention multiple dates in New York City and a SXSW appearance.

“Ze Beseder Lefahed” is arguably a highlight from their album, taking nods from 80s underground Israeli rock mixed with hazy streaks of ethereal shoegaze. Juval Haring’s voice is breathy and direct, carving a path through the thick vapor along with a wave of colorful guitars. Springy bass lines rumble deep in the distance, bringing all these elements together in a sweeping motion. There’s a sense of warmth sustained throughout the track, which you can hear right below. 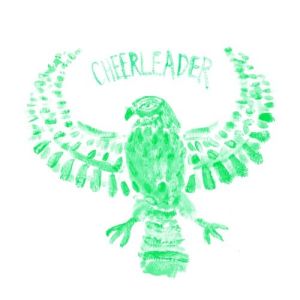 Hailing from Philadelphia, CHEERLEADER is a new local band who self-describe their sound as “hazy electro-pop.” The quintet recently began releasing new tracks on their Soundcloud, along with a video for their lead single “New Daze.” The video caught the eyes of folks at NME and MTV, both of which deemed Cheerleader as a sort of “best new buzz band.”

“New Daze” is their most memorable single yet, led by fuzzy electronics and an icy atmosphere that keeps things cool. Bass lines sound fat and muddy, complemented by colorful swells of warbled guitars and electronics. The song becomes increasingly detailed as it plays out, wrapping us in a wave of speckled electronics that are clean and crystal-clear. Pretty vocal hooks come drenched in a palpable layer of haze, leading us on a particularly heavenly ride as we scrape our foreheads on the clouds. Listen to “New Daze” right below, then check out Cheerleader on Soundcloud for a few more tracks from their set of demos. If you’ve previously dug anything from their Philly neighbors in Cough Cool, or maybe even Painted Palms, then this stuff is for you! If you’re in Philadelphia, catch them on March 3rd at Kung Fu Necktie!