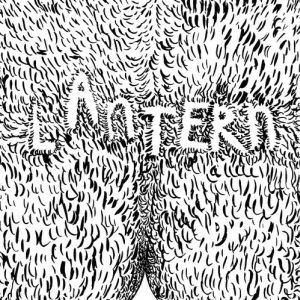 Much like Rock ‘N’ Roll Rorschach, these two previously unheard tracks continue their strand of soulful punk and roll. Except this time around things are not as grungy or heavy, seeing the trio take a lighter and more playful approach on this 7″. “Mr. Mars” is a track written by Emily Robb, centered around David Fishkin’s skronking saxophone and the delightfully catchy chorus chant “Mr. Mars!” About halfway through it’s all blown wide open by Robb’s metallic guitar shredding, adding another cringe-worthy element after the sax. On the flipside “Rock ‘n’ Roll Music” is a track by Zachary Fairbrother. It’s a total tribute to a rock and roll lifestyle as he squeals “this ain’t a fad, this ain’t a show, I’ve done sold my soul.” It’s an admirable quote, one that leaves me thinking this is the kind of dude I want making my punk rock music. In the end it’s all summed up by a scorching guitar solo, putting the appropriate finishing touch on a song you must hear below.

BUY the 7″ directly from Norman Records – last chances, do it !
Lantern on Tumblr
Lantern on Facebook