CLEARANCE hail from Chicago, who just released their second single on their own Microluxe Records imprint. The first 100 copies of Greensleeve come on green wax, containing five tracks of jangly garage rock. END_OF_DOCUMENT_TOKEN_TO_BE_REPLACED

Philadelphia’s own OLDERMOST have come a long way in the two and a half years since we last heard from them. They’re currently working on their debut full-length I Live Here Now, with this single showcasing two new tracks from the LP. END_OF_DOCUMENT_TOKEN_TO_BE_REPLACED 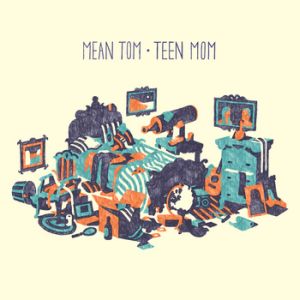 My inbox was blown up many times about this TEEN MOM EP and rightfully so. They’re a trio from Washington DC and while their sound doesn’t totally fit our mold around here, you’re still going to want to pay attention. They just dropped the EP titled Mean Tom (in a short edition of 300) from the Analog Edition label which is also based in DC, bringing us all a 21 minute serving of their brisk, tight and refreshing indie pop.

This all quickly becomes clear in a dazzling track like “I Wanna Go Out,” which just may be the highlight of the whole EP. Lead singer Chris Kelly guides us through the track in his airy, blissful tone, standing out like a sore thumb against a backdrop of fuzzy guitars and wonky bass lines. His voice is easily the strongest detail within, sounding crystal-clear as he coos and bends his pitch in the process. Together these elements create an invigorating pop hook as they all come together in the sweeping chorus. Then in the final minute they begin to lay it on heavy and you suddenly find yourself amid crashing percussion and Kelly’s soaring vocals. After that, strangely enough, you’ll find yourself hitting the repeat button for this gem.

You can hear the track right here and if that does the trick, you can grab the EP from the Analog Edition store. Go get one! 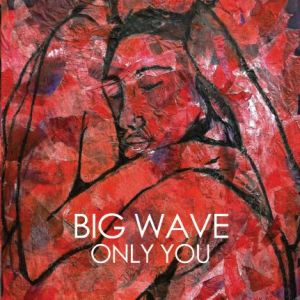 The London based Beautiful Strange Records is releasing the debut 7″ from Torquay five-piece BIG WAVE. The 7″ drops November 5th and will come with two new tracks of their bubbly garage pop. END_OF_DOCUMENT_TOKEN_TO_BE_REPLACED

HOUNDSTOOTH is a five piece band from Portland, OR with a curious alternative-country twang. Their new 7″ Beachbummer here will eventually lead up to a debut album in early 2013. END_OF_DOCUMENT_TOKEN_TO_BE_REPLACED

NICE PURSE are self-described as a “loud, dumb, garage pop band from Minneapolis.” Their sophomore LP, Slumber Girls, is their first release to come out on wax from the Forged Artifacts label which is also based in Minneapolis. As far as their own description goes, they’re pretty much dead on – they’re loud in a joyfully obnoxious kind of way due to whiny vocals, they’re definitely garage pop to keep it simple, but they’re far from dumb.

The opening track of Slumber Girls, titled “Broken Filthy Arrows,” sets us up with quite an optimistic and unsettling pop vibe. If you think like us then it’s probably pretty hard not to be hooked after a song like this. With Magic Bullet-esque guitar hooks and plenty of energetic change-ups, Nice Purse make it difficult for us to solidify any specific pattern throughout this blissfully upbeat jammer. They roll with this spastic formula, comprised of cheerfully sloppy vocals and tightly woven guitar jangles with a hint of grit, all done up with an admirably uplifting pop sensibility that makes it hard to not like these guys – hence, they’re not dumb. A short bit past the two minute mark, the song suddenly stops before they take it for another spin, hereby gracing our ears with another solid two minutes of this exemplary pop.

The best part is, aside from this lone track, there’s still six others out there just begging to be heard – for those who are curious, some are similar, but some are also very different (like “Run Tun Tun” or “Your Mohawk”). Listen to the rest of these tracks from the excellent LP on the Nice Purse Bandcamp, then head on over to Forged Artifacts to grab your very own copy of the vinyl – there’s only 250 pressed, so don’t sleep!

AVERKIOU are a four piece pop band hailing from Gainesville, Florida. “The New Imperative” is their second 7″ single on Sound Study Recordings which sees the band at the height of their powers. END_OF_DOCUMENT_TOKEN_TO_BE_REPLACED

Today I am proudly introducing LITTLE BIG LEAGUE who hail from no other than Philadelphia, PA. “Tokyo Drift” is their debut release – a self released, two-track single wielding plenty of promise. END_OF_DOCUMENT_TOKEN_TO_BE_REPLACED

THE BABIES are back with a brand new single on the Bad Paintings label in the UK, coming out just in time for the next Record Store Day which is just around the corner. END_OF_DOCUMENT_TOKEN_TO_BE_REPLACED 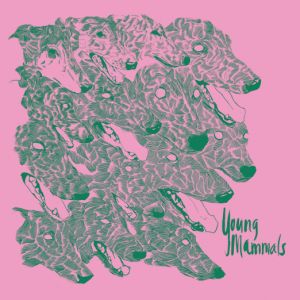 After a busy touring schedule and releasing their debut album “Carrots” during 2010, YOUNG MAMMALS laid low for a majority of 2011 despite a few hometown shows. Now they’re back with the brand new “Landlady” 7″ on Bombs By Mail. END_OF_DOCUMENT_TOKEN_TO_BE_REPLACED