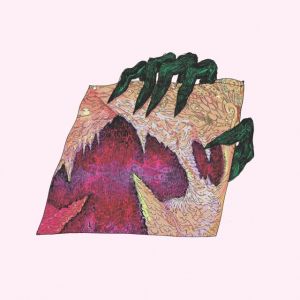 WAND are yet another group in the latest of bumper crop neo-psychedelic wunderkinds. Their debut album Ganglion Reef is like some kind of genetically engineered and overgrown mutant pumpkin. From just the right sprinkling of Barrett-era Floyd to the chugging Blue Cheer-isms, it’s an album that sticks the landing on more occasions than not. Released on Ty Segall’s now established GOD? imprint (which is available via Drag City), it’s a driving and at the same time cosmically-inclined set of songs.

As an album, it’s one that hits so many sweet spots for fans of the genre that it almost feels a bit hard to believe. Kicking things off properly with opening track, “Send / Receive (Mind)” it slowly builds into a nice psych groove before aptly dissolving into “Clearer.” A tune that hybridizes Sabbath-like heaviness while maintaining a perfect late-1960’s psych feel with tons of dreamy synths that warble and sputter like a damaged UFO hovering above the tree line. Things don’t really let up from there as Ganglion Reef provides a plethora of shifting sonic textures that keep the listener engaged.

Take “Flying Golem’s” almost Zeppelin-esque acoustic textures, or how “Strange Inertia (Ctrl Alt Death)” even drags a little of Marc Bolan’s Tyrannosaurs Rex type sounds into the modern era. “6661” makes me think of what would have happened if Bleach-era Nirvana had tried a lot harder to be a psych band. “Generator Larping,” brings the record to a stunning close replete with drums pounding, guitars soaring and just the perfect kiss of kosmische. I think I have to go now and watch some documentaries about alien conspiracies just to cool myself out.

Listen to “Flying Golem” below, and stream the whole LP right here.

BUY the album from Discogs !
WAND on Discogs