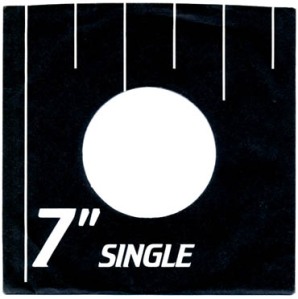 Welcome back! Today is the continuation of our coverage of the Top Thirty 7″ Records of 2012. If you missed it, you can find the first half of the countdown right here.

(We’re going to begin with 7″ records which just may be the toughest category considering we covered over 110 unique singles throughout 2012. As you’re going through the list below, you’ll notice that each record has a rank – our ordering is representative of our anticipation for future releases from these bands in the new year, but also just as importantly, anything that we thought stood out throughout 2011. Bear that in mind as you go through! So without further ado, here goes nothin’.)

Natural Child – Mother Nature’s Daughter 7″
Label: Jeffery Drag Records
A-side:
By now we all know what to expect from this rowdy Nashville crew – electrified blues rock and a filthy attitude. They had a busy year and this was a big part of it, coming out between their other two full lengths on Burger Records – it even came with its own rolling papers! After their busiest year yet we’ll have to see how they follow it up. 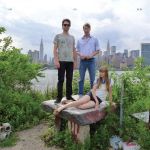 Thresholder – Beyond the Far Horizon 7″
Label: Self-released
B-side:
This 7″ came out from fucking nowhere and blitzed us all. These guys live in Brooklyn now but originally came from places like Texas and Canada. We’re glad they met each other. Right now there’s no telling what we’ll hear next, but let’s just hope there’s more of this brooding post-punk to come in the new year.

Useless Eaters – Black Night Ultraviolet 7″
Label: Manimal Vinyl
A-side:
This 7″ shows us Seth Sutton at his most pivotal moment. Nothing in his ever-expanding discography has sounded quite like this, yet we’re still left wondering what we’re going to hear next. His 7″ on Anti Fade has dropped since this, however predictions for the future are still up in the air. At this rate Sutton will probably be even busier in 2013. 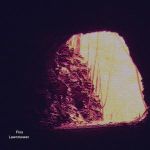 Fins – Lawnmower 7″
Label: ObscureMe Records
B-side:
This grungy trio blindsided us all with their noisy, melodic grunge-punk, coming off equally as pissed-off as it is sloppy. Four tracks sustain this wild pace with shredded guitars and plenty of scuzz, leaving us anticipating any future beat downs from Fins. 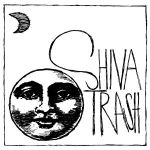 Shiva Trash – Bleach Bath 7″
Label: Cholo Punks Records
A-side:
Well-crafted garage rock with a touch of twisted surf thrown in, we really couldn’t ask for much more but to bring them to Philadelphia. Their 7″ features three original tracks, each of which has a demented mind of its own, characterized by tight, metallic guitars and spastic energy. We know these guys have more up their sleeves so sit tight! 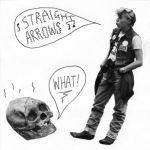 Straight Arrows – All the Time 7″
Label: Goodbye Boozy Records
A-side:
If it’s from Goodbye Boozy it’s always guaranteed to be loud, crude and noisy. This Straight Arrows 7″ is no expection. Clocking in at just under five minutes, the two tracks on this single combine for a rowdy, hard-hitting pummel comprised of dire post-punk and twangy alt-country stompers. Let’s hope we hear some new stuff from them in the new year. 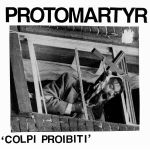 Protomartyr – Baseball Bat 7″
Label: X! Records
B-side:
One 7″ led to another which eventually led to their debut LP on Urinal Cake Records this year. This 7″ sees Protomartyr hitting their stride just before the release of their debut album No Passion All Technique, going to show that these guys are just getting started. 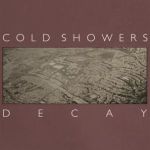 Cold Showers – Decay 7″
Label: Art Fag Recordings
A-side:
2012 finally saw the much-needed release of more material from LA’s own Cold Showers. This 7″ eventually led to their debut LP on Dais Records, giving us an idea of what to expect with an instantly memorable track like “So I Can Grow.” It could be awhile before we hear something new from these guys, so now is a good time to catch up if you’ve been slacking. 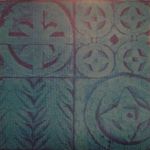 Crystal Swells – HarshSide/ SludgeFreaks 7″
Label: TRBLFKR Records
B-side:
Hailing from Vancouver, the manic surf-rock monstrosities on Crystal Swells debut 7″ knocked the ball clean out of the park. All four tracks are blown-out and berserk in their own sloppy, deranged way, showing off reverb-drenched guitars with a gritty, acid-soaked complexion in splitting burnout tracks like “Harsh Flux” or “Freaks in Heat.” 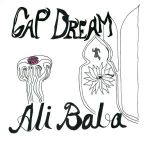 Gap Dream – Ali Baba 7″
Label: Suicide Suqeeze Records
A-side:
If you were to ask us, we’d tell you Gap Dream blew up this year. After an excellent debut LP in January that’s now onto its second pressing, Gabriel Fulvimar was back with this 7″ in September. It’s a continuation of where he left us on his Burger Records debut and “Generator” just may be his best individual song to date. 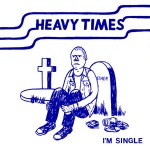 Heavy Times – I’m Single 7″
Label: Hozac Records
B-side:
By now we’ve been over it a million times – Heavy Times are capable of bringing us some of the catchiest and tightest guitar hooks in the game. Consistency has been a huge part of their constantly growing discography and they appear to be far from slowing down. They even had a second 7″ this year on Windian Records that we sadly did not get a chance to cover. But with 2013 on the horizon, we’re expecting another full-length from these filthy Chicago punks, so be patient! 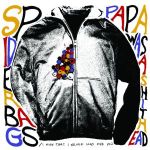 Spider Bags – Papa Was a Shithead 7″
Label: Sophomore Lounge Records
B-side:
Considering their evolution since the A Celebration of Hunger-era, there’s probably no other band that grew into themselves better than Dan McGee’s Spider Bags. There’s an excellent LP titled Shake My Head to show for that from this year, going hand-in-hand with the sweaty ruckus found on this 7″ – the fiery progression of a track like “I Wish That I Never Had Fed You” should become instantly memorable. 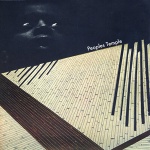 The People’s Temple – Looter’s Game 7″
Label: Hozac Records
A-side:
The two songs on this 7″ are polar opposites of each other, going to show just how dynamic this brotherly band can be. These guy play with an unmatched level of passion that is easily palpable in their songs, going from bluesy and invigorating to dazey and strung-out within two short tracks. Their new album dropped a bit later than we wanted, but this single still did its job by holding us over. 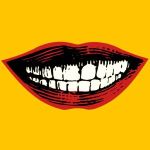 Hot Lunch – Killer Smile 7″
Label: Who Can You Trust? Records
A-side:
This debut 7″ from Hot Lunch caught us so off-guard it wasn’t even fair. There’s not another single that could equal the caliber of intensity that radiates off these two scorching songs, suggesting a live performance that is probably out of this world. They’re currently working on their debut full length for 2013 on Who Can You Trust? Records, so be on the look out for Hot Lunch in the new year. 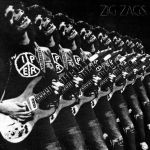 Zig Zags – Monster Wizard 7″
Label: Tubesteak Tuesday Records
A-side:
2012 saw an awesome beginning for these grungy punks. Based out of Los Angeles, Zig Zags dropped two smoking singles of their own and then a third split with Iggy Pop, quickly setting themselves up with an initial batch of material that is extremely difficult to match. We haven’t heard much about their future plans, but we’re definitely banking on something new sooner or later. Catching them live is a top priority right now, mainly for the fact that the four songs on their own singles are absolutely (and consistently) catastrophic. Here’s to hoping we get to hear more from Zig Zags in 2013.

That does it for 7″ records – our year-end coverage continues in a few days with a list of EPs/Cassettes and full length LPs. Please stay tuned for more!