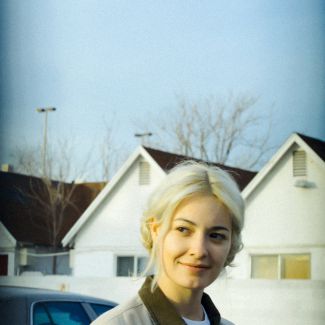 MEN I TUST was sent here as a personal recommendation. The end result was a week’s worth of listening to any other music totally lost (it could happen to you too), whilst discovering their large handful of potent, one-off singles, in addition to their self-titled full length LP released in 2017.

The band took off in 2014 with its two founders Dragos Chiriac (keyboard/synths) and Jessy Caron (bass). Guitarist and singer Emma Bernache joined the crew in 2015, adding a whole new element to their lineup.

As their story goes, her first song with the band is titled “Out in Myself,” which can be found on their highly collaborative 2015 effort titled Headroom. Much like their first true full length from 2014, they employ a staggering list of contributors here, including Odile Marmet-Rochefort, Emmanuelle Proulx and Helena Deland, who can all be heard on different tracks throughout both albums. Needless to say, the growing pool of talent here is nothing short of incredible.

Flash forward to February, 2018, where the band has just dropped their latest single in the form of “Show Me How.” There’s no word regarding what’s to follow, but it’s hard to imagine there’s not a new release somewhere, sometime, coming down the pipeline (and this is all pure speculation).

The band members and their roles within the group shine in their own way on “Show Me How,” from Caron’s infectious bass work, on to Bernache’s distinctly grainy and breathy vocals. Her voice alone adds significant texture to the track, followed by those dazed and weightless washes of guitar that call to mind something from (Mr.) Twin Sister from way back in 2010. They all combine for a dangerously addictive combination of sounds, leaving no other closing thoughts than this band is onto something special. Listen to “Show Me How” below, and be sure to check out the other handful of singles you can find on their Bandcamp page.

BUY their physical releases from Return to Analog Records

Catch the band in Philadelphia on June 5th at Boot & Saddle