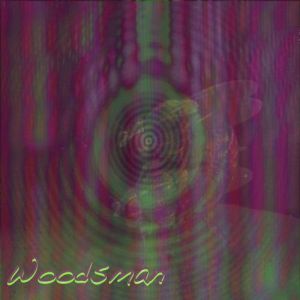 Here’s one we should have covered months ago, but due to issues at the pressing plant Fire Talk had to postpone it’s release. It’s a 7″ single from WOODSMAN, featuring the opener from their 2011 album “Rare Forms,” and a previously unreleased B-side.

Filling out for a nearly nine minute single, Woodsman start off with “Insects”, which is a track some of you are probably already familiar with. It’s an absolutely dizzying psych jam with screeching sonic textures and blazing chord strums, each hitting like their own ton of bricks. On the other side, “Time Lapse” employs a significantly cavernous sound, coming from way out in the bizarre left field. The flickering light effects greet you right in the beginning and continue for the duration of the track, eventually revealing shadowy bass lines, primitive drumming and all sorts of subtle clanks and pops. The guitars supply more texture than anything else, giving off a strange heavenly yet grainy quality all at the same time. But if you can’t make sense of that, at least check out the song right below.