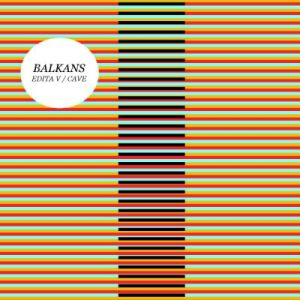 BALKANS are four dudes who hail from the suburbs of Atlanta. These four dudes have been lifelong friends dating back to their days in elementary school, and now many years later they’re releasing their third official 7″ record together, which leads up to a full length due out in May.

These Atlanta boys cook up some seriously urgent and energetic punk inflected tunes. “Edita V” is played at dangerously break-neck speeds and must be taken with serious caution. Driven by blazing guitars and an unmatched ambitious spirit, Balkans are definitely going for the gold here. The lead guitar licks are played at unorthodox speeds, and they’re bound to leave you with your jaw on the floor as you simultaneously ponder how they make this all happen so seamlessly. It’d be a crime if you missed out on this exhilarating song below, so don’t!

The B-side “Cave” slows things down only slightly, which gives you a few much-needed minutes to catch your breath. This song feels a lot less dense and alarming than the first, as it’s not only slower but also a little more relaxed. Pop-punk vibes come through in the catchy rhythm and the crooning howls, which by this point definitely has us looking forward to their self-titled LP due out in May. The breakdown in the final minute of the song features more guitar coming through as quick shredded chord bursts, which ultimately brings you to the end of the 7″. Now the goal is to just sit tight and wait for their record coming out in May. Stay tuned!

PRE-ORDER the 7″ directly from DoublePhantom – limited to 300, due out Feb. 22nd !
BALKANS – Official Website
BALKANS on Facebook