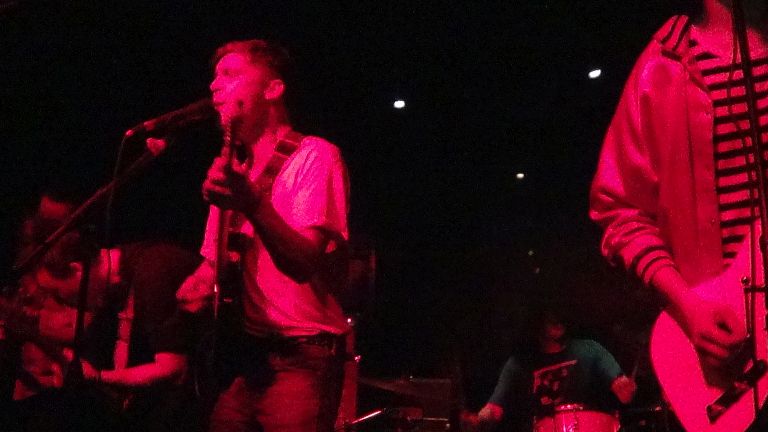 THE PEOPLE’S TEMPLE has been touring with BASS DRUM OF DEATH through the early fall for BDoD’s sophomore LP on Innovative Leisure, Rip This. The Barbary hosted the all ages show last night in Philadelphia, where both bands were joined by Philly-based psych-metal rippers HOUND – their new LP, Out of Time, comes out on SRA Records on November 28th (with a cassette to follow on Burger Records). The People’s Temple just released their new 12″ Weekends Time via State Capital Records, containing nine of their freshest tracks to date. Catch them below, playing a few songs from their other LP released this year by Hozac Records, Musical Garden.


“Little One” is a cut from Hound’s upcoming LP, and it was a monstrous way for them to close out their set last night.

The People’s Temple – “Sons of Stone”


The People’s Temple revisited the opening track from their debut album, the self-titled “Sons of Stone.” They ended their set with another from Sons of Stone, “Starstreamer,” which you can find on our YouTube channel right here.