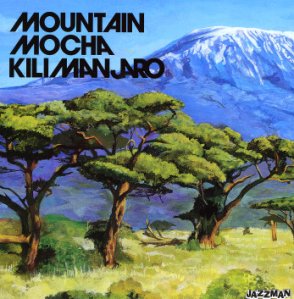 Hello friends. How is everyone doing today? It would seem as if my post yesterday about joining our Last.fm group actually paid off, because we got ONE new member! Awesome! Thanks Mike! One is better than none right?

Today I have something that’s a bit different than usual. It was a bit difficult to find out any specific information on this band, but that doesn’t really matter. The name of the band is Mountain Mocha Kilimanjaro, and they come from the wonderful land of Japan. Don’t quote me on this, but I believe it’s a group of 6 guys, all from Japan, who all bring their own special contributions to the music. The band features a trumpet, a tenor sax, guitar, bass, drums, and an organ/keyboards player, but none of the guys do the singing. The record is completely instrumental without any vocals, but the hard and heavy instrumentation makes up for it. Normally, in my experiences, people are turned off by a band when it doesn’t feature any type of singing or vocals, but I think Mountain Mocha Kilimanjaro would be an exception for a lot of people. With their funky grooves and relentless approach, it’s kind of hard to deny this sound. I think many people would find themselves moving along with the music somehow only after hearing it for a short time. It has that ability to just sort of bring you along for the funky ride, but you can never be too sure where the funk is going to lead you. Before you know it, you’ll find yourself playing a track over for a second and third time, and by the time that’s over you probably still wouldn’t have had enough. To give it a try for yourself, I have uploaded a few tracks from the album to share with you guys, but I warn you, these tunes are tough to get out of your head once they’re in there. So good luck with that.