Slug Guts weren’t so much a band as they were a primal force of nature conjured up from the darkest recesses of a chasm in the Earth – guitars whipped and struck with the frightening intensity of sandstorms bearing down on you as drums rolled in from a distance like thunder warning you to run, and those vocals… it was like being torn apart by a cackling pack of starved hyenas. WHITE HEX, then, seems to be a measured response.
END_OF_DOCUMENT_TOKEN_TO_BE_REPLACED

Luckily for us there’s still a new 7″ from THE YOUNG SINCLAIRS we haven’t covered yet. It’s the same deal as their first – a split 7″ release from French labels Croque Macadam and Requiem Pour un Twister. END_OF_DOCUMENT_TOKEN_TO_BE_REPLACED 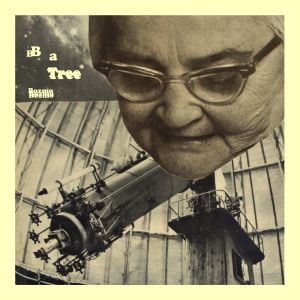 Last we heard from BOZMO he was dropping his debut album from Boston, MA. Since then he’s relocated to the San Francisco Bay Area and B a Tree is his newest output since the move.
END_OF_DOCUMENT_TOKEN_TO_BE_REPLACED 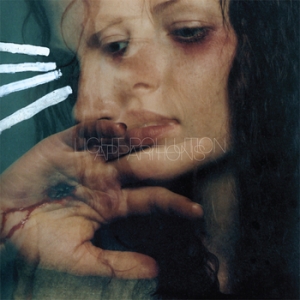 Light Pollution is a four-piece band that hails from Chicago, IL, and they’re currently in the process of releasing their first full length album, “Apparitions”. “Apparitions” is due out on Carpark Records on June 15th, which means we still have a good bit of time to wait until this one is physically released. The band had one previous release before this, and it was a self-titled, self-released 12″ EP that I can’t seem to find any significant information on anywhere on the web. The best information I found came directly from Light Pollutions Myspace where they show a picture of the EP’s cover art. This band plays a familiar form of indie rock, but they add another element to the music that changes things up. Instead of keeping it simple with the usual instruments, they throw in crazy sound effects and sonic textures that are enough to make your head spin. At times it feels like this band is playing with an entire orchestra behind them.

The album kicks off with the appropriately named “Good Feelings”, and the sound effects that come in go a long way in producing actual good feelings. This can already give you an idea of what the rest of the music might be like, but you don’t want to make any assumptions just yet. This album goes deep with the sound effects in many spots, but on this opening track they do a nice job of keeping the balance between sound effects and the traditional instruments – Neither one of the two overcome each other in the song. Right in the middle there is a nice but quick guitar solo, and the ending of the song is brought by huge drum attacks that are sure to leave you floored. The effects continue on until the very end when the song fades out, and then you’re in the next track, “Oh, Ivory!”.

“Oh, Ivory!” may just be the most accessible song on this album. Alongside of that, this song is also the shortest on the album. It starts off quite unlike any of the other tracks, immediately sounding quite poppy and bubbly. For most of this song they leave behind the heavy sound effects and keep it minimal for the song, never getting too involved with the textures and effects on this one. This is also one of the songs that sounds like they have an entire orchestra backing them up. They build the song up into a hell of an exit, sounding as if they just overcame a monstrous task, and now this is their triumphant exit. Heavenly ending right here. I would love to live in the mood that’s at the end of this song. Next up would be the song “Drunk Kids”, which doesn’t entirely live up to the song we just heard before. Definitely a less ambitious sound on this track. They slow it down significantly with a grooving bass line and a lazy drum beat that hold the song together, while the drowsy vocals work wonders for giving the song more of that lazy feel. There is definitely no sense of urgency in this song like there have been in the previous two. But moving on.

“Fever Dreams” is up next, and they get into the heavy sound effects on this track. The drumming throughout the song is relentless, with little rolls and fills taking any spot they possibly can. After a lengthy outro of effects and splashing cymbals, the next track “Deyci, Right On” begins. This song is quite drawn out and slow in the beginning, but soon the drums come in to start things off. Even after the drums kick things off, it’s still a slow song. The next track “Bad Vibes” starts off like it’s coming up from being underwater, and it continues to build up into some tribal sounding tom-tom action. The song continues to build up into something more, as they progressively get louder and more involved with the instruments and sound effects. There is a fuzzy, hazy-like texture used over this song, which makes it sound like they’re playing from inside a bubble or something, but this is quite an epic ending to the song. They continue on this way until the song suddenly comes to an end.

The next song “All Night Outside” brings us back to familiar territory, as the friendly guitar comes back to start this one off (but not immediately, you gotta get through about 15 seconds of sounds first). They go for more instrumentation in this one and keep the effects at a minimum for now, but that doesn’t mean the effects are absent entirely. A short bit after the halfway mark the song takes an unexpected turn, and then comes a huge guitar solo that’s drowned out by immense cymbal smashing and hazy, wind-like sound effects. Now it seems like these guys are rocking out in the midst of a thunderstorm. Skipping ahead to the last song on the album, “Ssslowdreamsss”. Slowdreams is the longest song on the album, and it’s woozily evocative right from the get go. The swirling, spinning sound effects above your head could easily make you dizzy, and it sounds like you can reach out and grasp the song if you wanted to. As opposed to a traditional song, this moody track is more of a sound scape than anything. Pretend you’re floating through space on this one.