Vince and His Lost Delegation – s/t 12″ EP
Label: SDZ Records
Track 4:
Vince Posadzki leads his band out of Paris, but originally hails from Québec City. The man has been in a slew of different bands based in both locations, but this is his first true solo record after it all. It’s easily his best and most personal work, adding another quality name to our growing list of French bands. 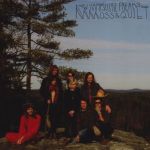 MMOSS & Quilt – New Hampshire Freaks 10″ EP
Label: Beyond Beyond is Beyond Records
Track 2:
MMOSS and Quilt teamed up for an exceptional EP of wooded psych-folk that is mesmerizing and hazy. The 10″ EP comes from Beyond Beyond is Beyond Records in Brooklyn, a label that only grew bigger in 2013. Ranging anywhere from spacy and strung-out to experimental and ethereal, this EP offers an awful lot through just 3 tracks.

Blank Range – Phase II Cassette
Label: Sturdy Girls Records
Track 6:
Blank Range easily became one of our favorite new bands from 2013. After this first cassette EP and a 7″ to follow, these hazy Nashville folk rockers are only warming up. There’s bound to be something bigger in their future and it’s only a matter of time before that happens.

The Tone – Demo EP
Label: Eye Vybe/ Piss Drink Records
Track 4:
Right after Philly’s premier basement rockers The Eeries broke up, Mike Kriebel packed up and headed to Los Angeles. But even before that he wrote these four songs on this little demo EP, which is soon to be released as a cassette tape and a 7″. We’d like to think there’s going to be more from Kriebel in the future. 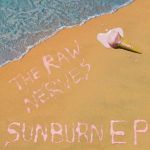 The Raw Nerves – Sunburn EP
Label: 1:12 Records
Track 3:
The Raw Nerves followed up their awesome debut from 2012 with this snotty little EP. Brimming with eight soulful minutes of garage rock n’ roll based in New Zealand, the Nerves serve up each track with a particular style. Whether it’s gritty speed punk, doo-wop flavored pop ditties or progressive songs like “Not Gonna Try,” this EP includes their best material to date. 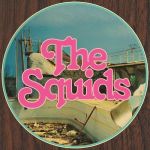 The Squids – Wizard of Loneliness EP
Label: Self-released
Track 2:
Originally crossing our radar as Heroes and Heroines, this Los Angeles-based band changed their name to the Squids but left everything else the same. They answered their first 7″ with this EP full of sunny and glimmering garage pop, tracked and mixed 100% analog for an absolutely gorgeous sound. If you’ve been sleeping on this EP now is the time to catch up.

The Mad Doctors – Fuzz Tonic EP
Label: Doctor Gone Records
Track 2:
The Mad Doctors hail from Brooklyn and offer up an absolutely menacing batch of evil, surf-inflected garage rock that can be accurately described in one word – psychofuzz. These five songs are shocking and invigorating, quickly leaving us ready for whatever they unleash next. The EP came released in a run of cassette tapes that the band only sells at shows, so you know what to do if you really can’t live without one!

Theo Verney – T.V. CS EP
Label: Italian Beach Babes Records
Track 6:
Theo dropped two scorching releases in his first year as a solo artist. This cassette EP came first followed by a 10″ on Hate Hate Hate Records, both of which expose us to his snarling blues-psych guitar proficiency. After a few one-off singles and now these two EPs, we’re looking forward to hearing from this Brighton-based multi-instrumentalist sooner than later.

Zig Zags – 10 – 12 CS
Label: Burger Records
Track 3:
10 – 12 is the only other release on any of our year-ends lists that we didn’t actually cover in 2013. You could call that a mistake, sure. But after our love for all their singles and this tape from literally the third day of 2013, we’re foaming at the mouths for whatever comes next from these sludgy LA punks. On top of this they released their first record in Europe on Who Can You Trust? this year, as well as a split 7″ for Volcom Entertainment with The Shrine. They’re making sure they cover a much ground as possible before releasing their first proper LP, so we’ll just have to be patient! 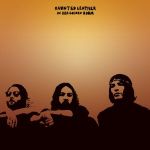 Haunted Leather – In Her Golden Room 10″ EP
Label: Stolen Body/ Cheap Miami Records
Track 5:
Haunted Leather followed up their latest LP with In Her Golden Room in 2013, creating an absolutely hypnotizing take on sun-baked psychedelic rock. They leave you out to swelter in the heat of the sun as their songs stagger on, brimming with steady, thud-heavy rhythms and jangly psych guitars. It’s a similar feeling to bright and streaky rays of light shining across your eyes, all stirred by a sultry, slow-burning flame throughout. Considering this is their 3rd release to date, we’re confident in thinking this is just the beginning for Haunted Leather.

That’s going to do it for our year end lists from 2013. Thanks for waiting around while we got our act together! Shame on us! But now we can begin to plan for an awesome 2014 – we really hope to take things to a new level this year. Regular posting will resume next week on January 13th – see you then!

To follow our tradition, the next portion of our year-end wrap up will take a closer look at the EPs and cassettes that dropped throughout 2012. Below you will find some of our favorites from the year, arranged in order to represent our anticipation of future material from these bands.

If you missed it, the first portion of our year-end wrap up was our Top Thirty 7″ Records of 2012 – you can see Part 1 and Part 2 of that list too. Once you’ve caught up, go on and check out our favorite EPs and cassettes from 2012. Also stay tuned for our list of LPs which we’ll be posting sometime next week.

Magic Shoppe – Triangulum Australe EP
Label: Optical Sounds
Track 1:
Magic Shoppe is the brainchild of Josiah Webb from Boston, MA. Triangulum Australe easily included some of the most hypnotizing psych we heard all year, gathering like-minded influences to bands like Spacemen 3 or the Warlocks. You shouldn’t be making comparisons like that unless it’s really true, so thankfully someone out there wasn’t messing around.

Digital Leather – Yes Please, Thank You EP
Label: Southpaw Records
Track 4:
By now most of us should know what Shawn Foree is capable of. His latest material quickly fit into his prolific and extensive discography (which also includes an album we unfortunately missed this year), combining both electronics and instrumentation to create a balanced hybrid pop sound. Needless to say, this forces us to believe that Foree is a master of his own craft.

Spanish Moss – KELP EP
Label: Spot-On Sound/Burger Records
Track 2:
Soaring, acid-fueled psych rock freakouts dominate this dazzling EP to the point where “relentless” would be an understatement. Ripping guitars constantly lead the way to create undeniably epic meltdowns, forcing us to wonder just when we might get to hear more of this stuff. Singles and full-length albums alike seem to be on their horizon, so we’ll see what happens. 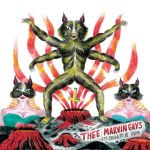 Thee Marvin Gays – It’s Easier to be Dumb EP
Label: Kizmiaz Records
Track 1:
Thee Marvin Gays hail from Belgium, showing off six psyched-out tracks that are all as different as the last. Spanning from sweltering heat waves to bank-robbery bandit rock, these guys play with a fast, fun-loving energy that is easily contagious. We’re still looking to hear more from them – they have a full length LP somewhere out there too.

Thee Holy Ghosts – s/t EP
Label: Panther People Records
Track 1:
Simply twangin’ garage rock from down in Gainesville, FL, at times bringing in a bit of surf, psych, blues and doo-wop for a beachy, inviting twist. Right now these guys are on their “Fuck Christmas It’s the End of the World” tour through the East coast, so if they’re in your town before the world does indeed end, why not go down swingin’ with their invigorating blues rock? It sure sounds like a great way to go out – it’s what I’m doing tonight.

The Teen Velvettes – Grab Your Board EP
Label: Self-released
Track 2:
Teen Velvettes is the moniker of Michael Cotter from Brighton, UK. As far as surf pop goes, this is about as good as it gets. The sound is as authentic as is could possibly be, almost like Cotter traveled back in time from the 50s to grace our ears with the glimmering guitars of this stunning EP. Beachy vibes and plenty of sunshine is abound and rumor has it there’s going to be more of this stuff in the future – we sure hope so.

Blasted Canyons – 2nd Place EP
Label: Castle Face Records
Track 1:
It’s tough to imagine these guys sounding any less psychotic, but they took one small step toward cleaning up their batshit punk rock on their 2nd Place EP. Synth-punk is still a fitting descriptor for their wild sound, now we’re just left wondering where they’ll take us next.

Cool Ghouls – Alright CS
Label: Self-released
Track 3:
San Francisco’s own Cool Ghouls showed up on our radar a little later than we would have hoped. More importantly, the good news is that they’re currently working on a full-length LP for Empty Cellar Records. If their LP turns out to be anything like Alright, then soulful vocal harmonies, bluesy guitars and ripping brass sections should be aplenty. We’ll find out soon enough.

Ttotals – Silver on Black EP
Label: Self-released
Track 3:
Right now Ttotals seem to be just getting started. Their self-released EP Silver on Black doesn’t exactly make it sound that way (quite the opposite in fact), but these guys have clearly stumbled onto a sound that is all their own. Dense, noisy psych rock comes along with waves of vibrant ambient bursts, supplying each track with an array of colors that fills any open space. Give them enough time to work and this duo is bound to come back stronger than they started.

Sandcastle – s/t EP
Label: Nutritional Content
Track 1:
Listening to these tracks on their own is one thing – listening to this EP in its entirety is an experience. This Melbourne band doesn’t have much else for us to talk about yet, but with a debut like this one there’s got to be more up their sleeves. Three tracks span just under twenty minutes of weird, ripping, garage-leaning post-punk, sprinkled in with the right amount of teasing ambient haze to keep this stuff just as mysterious as it is unrelenting. There’s a notable cohesive element as each song tends to bleed over into the next, easily sealing up an exceptional EP that is bound to leave a mark as these guys go forward. We can’t be too sure what’s in store for their future, but we’re patiently waiting for whatever comes next!

That about does it for our list of EPs. Next up would be full-lengths – expect a post regarding our Top 25 Albums of 2012 sometime next week after the holiday. Don’t forget about the 7″ countdown either – see Part 1 and Part 2 right now.