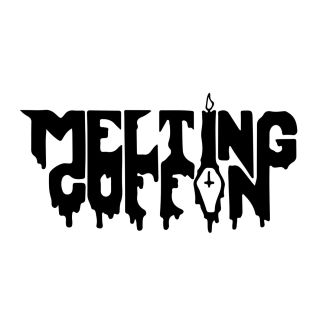 We’re going to bring back our monthly featured post, the excellently titled Monthly Roundup. The deal here is to give a shout out to all of those submissions that became victims of time in our inbox over the past 30 days or so. April’s list is chock full of some dirty gems that we simply did not have the time to cover, but they still deserve attention from your little ears. See below for a list, with some purposely brief and succinct summaries of what you will encounter while listening. Keep it thorough and listen to as many as you can – it’ll be good for you! Promise!

SUBCIRCLE: Gut-busting, spit-drenched punk rock bred in Oslo, Norway. You may remember Toshi from THE INSTIGATION from awhile back. Well, this is their newest incarnation:

MELTING COFFIN: Is there any need to tell you this is a great band name? Well, we just did. With this little ball of fury, a 5 track debut EP, you’re getting a load of spiky, spiny, garage punk ragers in roughly 20 minutes time, birthed out of New Orleans and Baton Rouge. Exhilarating and in your face, just how you should like it. Satisfaction guaranteed…but they’ll keep your money either way.

TEN HIGH: Ten High from Arkansas has been churning out their brand of sinister, garage punk sludge since 2014. Rare Plant just released their latest – an 11 track cassette tape named Self Entitled that already appears to be sold out and unavailable (although this is unconfirmed). Their rowdy take on punk comes with a heavily raucous psychedelic energy (as displayed in “FAKERS” below), spearheaded with the disgusted vocals provided by all four band members at any given moment. Recommended listening for sure; the “Xenomorphine” two-part suite is pretty radical.

THE HONEY CULT: A riveting duo based somewhere in Maryland, led by Chris and Maia. Aside from their new 10 track cassette Live From the Guest Room, that’s about all the info available to gather. Their goal, aside from rocking your eardrums into oblivion with their self-described “garage and roll,” also appears to include destroying your speaker setup in the process. Their brand of lethal fuzz is completely blown out, reverberated to hell, and aiming straight for the jugular on its way back, delivering brutal, dual-pronged attacks like “Kick Your Teeth In” or the surf-inflected “Ooga Booga Boogie.” While listening, you get the sense these two absolutely bring the heat in a live setting – here’s to hoping we’ll find out first hand one day soon.

BLACK PANTIES: Dirt From the Mop is the second 7″ single from Black Panties via Total Punk Records. The St. Louis-based punk monstrosity is screaming sickly, teaching us about the flies that hang around the slop inside of a mop bucket. The scuzz-caked ferocity is positively offensive, but hidden deep within there is a shrieking melodic buzz. It’s being dragged through this stagnant pool of said mop bucket filth, coating you in whatever foul odors and specks of trash that were picked up along the way.

THE FRITZ: First and foremost, a round of applause for the Drunken Sailor Records label. There’s no doubting the consistency of content they’re spewing out and it’s all happening rather quickly. This LP from the Fritz was the first one to hook us cleanly, featuring these dirty, caffeine-fueled guitar hooks. Listen to this head spinner right below and get bent.

THE FIERCE AND THE DEAD: “Truck” is an instrumental metal/stoner rock situation from London. It’s almost like those nasty psych guitars are singing lyrics in their own secret, foul-mouthed language, hereby replacing the need for an actual voice. Take the 4 minute plunge with “Truck” and see if you can decipher something – from the nasty grumbles to the harp-like guitar leads.