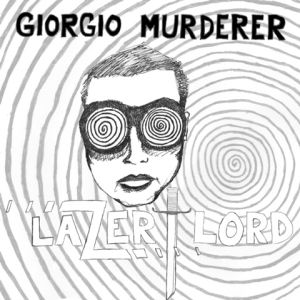 The 14 songs on Rules No One are sloppy, uninspired and unrefined, all of which perfectly reflect the careless attitude that drove this band straight to their notable infamy. Broken Talent were known for accomplishments such as getting booed off stage and receiving countless nods of negative criticism, but kept rolling with the punches anyway and turned them into a reason to keep chugging. In the end, they unfortunately never saw a true, full-length record release – until now. Their new record takes songs from their debut 7″ released on their own TPOS (True Piece of Shit or True Piece of Sound?) label, along with a slew of other tracks that appeared on a couple of cassette tapes dating back to 1985.

The half-hour compilation begins appropriately with “Blood Slut,” the A-side from their first and only 7″ (which drew up an accompanying story on how it became so hard to find). The track is built with spring-loaded bass and guitar lines and fist-in-air chanting that just don’t quit. They slip in some blown-out guitar licks and sloppy drum rolls, not to mention an ear-splitting, chicken-scratch guitar solo that is the equivalent to prying open a rusty trash can. Lyrics in “Might As Well Die” or “Smaller Than Life” truly exemplify the type of loser punk that these guys were spewing, painting a nasty picture of loving disheveled sluts or being so bored without explanation that you’d actually rather kill yourself. Other topics include, but are not limited to, getting drunk on the beach and puking on your girl, or being so old that “you’re better off dead because you’re fucked in the head.” Album closer “Get Off the Stage” is a belligerent, booze-fueled tantrum that’s surely a result of the amount of times these guys were requested to get the fuck off the stage. The best part, however, comes in the final seconds of the LP when frontman Santo promptly reminds their onlookers, “Remember, we don’t suck, you do!”.

Get yourself a taste of the filth that is Broken Talent by listening to these raw cuts below. Florida’s Dead has copies of the LP for sale right now and there’s only 500 pieces to go around, so don’t sleep on it for too long!

One thought on “Broken Talent – Rules No One”