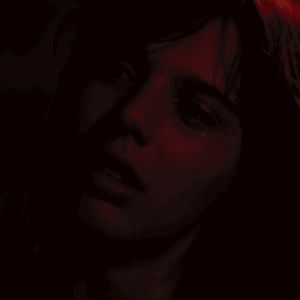 Unpiano Books is an independent book publisher based out of New York, but their new 7″ from BLOOD SISTER is their second official vinyl release and first music-only release since they began publishing in 2009.

Remember Night Manager? After they split up in 2013, guitarist Ezana Edwards packed up and moved back to San Francisco. He met up with some friends from Ganglians there and formed Blood Sister – now thanks to Unpiano, their debut 7″ has been unleashed to the world.

The single contains two tracks of their twisted pop, both of which have been floating around the web for a short chunk of time now. Percussion barrels in like a ton of bricks in “Why Would You,” banging and rattling with a jarring tendency. Twisted guitars are bent and mangled by colorful and unsettling electronics, wetting everything with a thick buzz that sends a charging sense of urgency through the air. Hook-heavy bass lines rumble deep below and come with a grungy 90s vibe as boy-girl vocals howl through the neon-lit affair. B-side “Bart Simpson” again comes with a colorful punch, built with melodic vocals and explosive percussion that’s abrasive and industrialized. Fibrous strings of guitar soar through the track along with cooing voices, melding together into a vivid beam of energy resulting in their vicious blend of industrialized lysergic pop with a touch of warped electronics. Start by listening below.

Genre/ Tags: Pop, Noise Rock, Punk, Electronic
Why Would You 7″: Tracklist:
1.) Why Would You
2.) Bart Simpson

BUY the 7″ from Unpiano Records – limited to 300 !
Blood Sister on Facebook