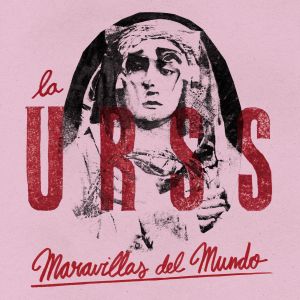 Sabotage Records in Bremen, Germany is readying a new LP from LA URSS, a 4-piece punk band from Andalucía, Spain. It appears to be their third full-length since 2009 after the band was formed way back in 2006.

La Urss run rampant with their shocking formula of melodic guitars and riotous energy and they don’t slow down for a split second. That said, the LP is a total banger, crammed with highlight after highlight as they plow through 10 tracks with a 2-3 minute average. Guitars are coated in the perfect amount of glimmering fuzz static while the crushing percussion underneath refuses to miss a beat. The action begins with a downward guitar spiral and the wonky bass that opens up “El Silencio.” The LP takes flight from there with frontman Áfrico Martín fueling the charge with his rebellious, fist-in-air chanting – the LP is sung entirely in Spanish. “Ataúdes de Plástico” follows suit with a jewel-toned string of plucked guitars that sound tight and wiry, creating an angular melody within that is bright and addicting.

“La sombra que arrojan las cruces” opens with a dark, surf-flavored twang and deep chugging bass lines. The bruising rhythm locks everything in place with heavy tom-toms complementing the sharp-edged guitar shards. This is easily one of the darkest entries on a record that has its brighter moments. “Nada Es Sagrado” unleashes palm-muted guitars that create a scaly-sounding roar, complete with a memorable chorus and a fiery beam of guitar heat to seal up the track. Album closer “El Lamento” unfolds with their distinct guitar jangle, forming an angry punk-driven attack that knocks you on your ass one final time. All that said, it’s really difficult to not be energized while this wax is spinning on your turntable. You can get one for yourself right here.

BUY the LP from Sabotage Records
La Urss on Facebook