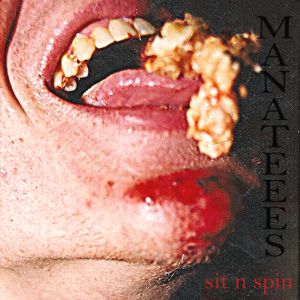 Manateees – Sit n’ Spin LP: Pelican Pow Wow Records is proud to be releasing the debut LP from Manateees, and after at least six 7″ singles, it’s about time. Hailing from Memphis, these dudes are meaner than all the bullies you had from grade school put together. Sit n’ Spin comes with 10 new tracks of the rawest punk rock, arranged with a berating dosage of chicken-scratch guitars that are sickly addicting. Whether it’s the manically insane guitar barrage of “Obsession” or the gritty pop-fused stomp of “Epoch of Enoch,” frontman Abe White is there to guide us with his slobbery snarl. The band embarks on a west coast tour starting October 9th. Get the LP right now from Pelican Pow Wow – official release date is October 14th.

Ex Hex – Rips LP: Since their initial 7″ single, Ex Hex has been on the move, whether it’s touring the country or putting the finishing touches on their brand new LP, Rips. The album comes with 12 tracks and gives new life to the three songs from their 7″, creating a dominant string of melodic guitar sweetness that’s woven precisely through their hard-edge and angular pop – see the “Outro” for an exemplary piece. Mary Timony spearheads the songs with her breathy croon, backed by this muscular wall of sound that is best experienced in the live setting. Merge Records releases Rips on October 7th – you can pre-order it now. 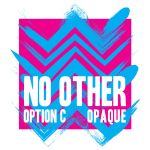 Philadelphia-based duo No Other are about to drop their first 7″ on the Negative Fun Records imprint out of Raleigh, NC/ Enfield, NH. The single contains two new cuts of their wonky pop, which were recorded by Jeff Ziegler – “Option C” is arranged with fiery guitars and fist-in-air chants, driven by a non-stop guitar shimmy and a pounding rhythm. “Opaque” comes off cloudy and strung-out, with melodic guitar chords shining through the bouncy bass lines. Maria Sciarrino coos through the vapor, closing out the track by delivering a psych-flared guitar wall along with her bold howls. Negative Fun Records releases the 7″ as part of their Singles Club, but the band is putting together their own Deluxe Edition of the single that’s limited to 50 with alternate cover art and comes with a 100% cotton tote-bag. Learn how to snag that right here!