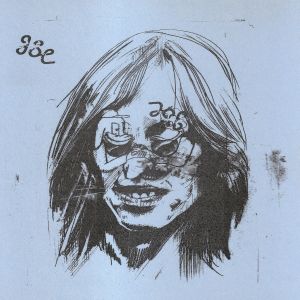 A name that has not graced our pages in some time, JENSEN SERF COMPANY is coming back in a wave, just like their mutilated take on noisy, fouled-up surf punk.

Based down in St. Petersburg, Florida, the duo of Jensen Serf Company (Ben Saylor and Peter Kokkinakos) has been relatively quiet over the past couple years. After two initial and highly memorable releases, the band appeared to go into hibernation (if you will) as they entered college, amongst other life events. They continued to play shows and record music through this time, albeit at a slower rate. Now with this new self-released 12″ under their belt, they’ve clearly never lost their appetite for rollicking, psyched-out surf-punk. The proof is all there, as all eleven of these previously unreleased songs were recorded between 2011 and 2013 – the days of their first split cassette and their Electric Sister 7″ – or, better yet, the days when they were hungriest.

Triple Freaks A Beach takes flight with a devastating mixture of psychedelic and punk elements, all whipped around by a heady dose of guitar noise that changes from soothing (“Day Trippin'”) to harsh and jarring (“Narrow Magic”) in seconds. As they record their music it’s like they have a “no-rules-whatsoever” approach. Their songs trail from one idea to the next with little hesitation or warning, creating an exhilarating effect that grabs your ears and demands their attention. Take “Serff Jones,” a bluesy slow-burner guided by staggering psych guitars and a deep-cutting bass line. It progressively gains intensity and before you know it it’s roaring in your face, only to slow down and spiral out of control in a completely different way you never saw coming. Despite the action, they keep their cool through it all.

With other recent good news on the JSC frontier, Saylor and Kokkinakos have clearly made an effort to break their silence and stumble back into serfdom. We’ll see what happens next.