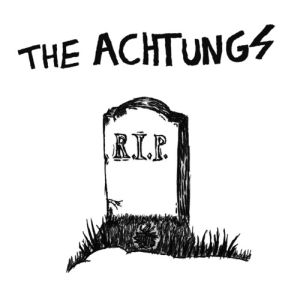 Total Punk Records in Florida is gearing up for another slew of records. Their new batch of singles includes the second 7″ from Finland-based punk crew THE ACHTUNGS.

Their new 7″ comes with two tracks that together total just under four minutes of gritty punk rock savagery. The single also leads to their debut full-length later this year which will be released by Going Underground – fingers crossed it comes sooner than later. For the 7″, “Full of Hate” unfolds with palpable guitar sludge and scuzzy vocals, loaded with high-voltage soloing and a stomping beat. “I Don’t Want To Talk About It” is the shaky B-side, built with blunt guitar fuzz for an anthem that is as trashy as it is invigorating. The guitars hit like a burning wall of heat, but you won’t know until you hear this hot mess right below. Listen now and stay tuned for when the single is available from Total Punk Records.