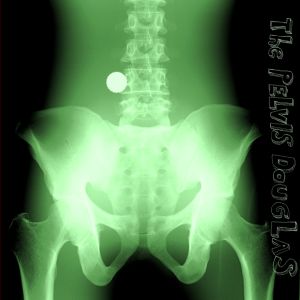 THE PELVIS DOUGLAS is a self-described “four-piece punk-garage-DIY band” that formed in France in 2012. Their self-titled album was recorded over three days in a wet basement back in November 2012.

It’s been a little while since the band released this album, but they’ve actually been working on a brand new set of songs. Right now they’ve got 13 new tracks lined up for their sophomore album, something they hopefully plan to release in early 2014. Together this fun-loving quartet creates these bubbly, punk-inflected pop nuggets, delivering 13 sweet tracks that are cleanly polished and tightly wound. They’re spearheaded by the ecstatic shouting of Perinne Turiez, followed by loads of infectious guitar hooks and bruising rhythm sections. There’s plenty of worthy examples scattered throughout the album, whether it’s the tone-setting opener in “Chris Waddle” or the roaring guitar heat of “Summer Red Wine.” “West Side Surf” and “High Walls” feature ecstatic chorus chanting and melodic guitar shards, making for two punchy tracks that will stick to your ears like glue. “Renegade” puts a muscular form of power-pop on display, boasting angry guitars and burly bass throbs, not to mention Turiez’ enthusiastic howling.

These all become crucial elements in their upbeat sound, one you’d be a fool to miss out on below. Soak these choice nuggets in below, then by the time they’re ready to drop their new album you’ll be ahead of the pack. Head on over to their Bandcamp where you can ‘Name yr Price’ for their album.