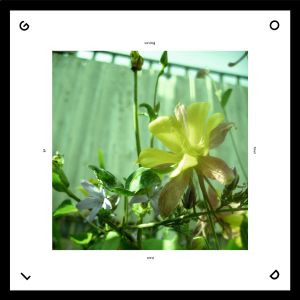 Alberta-based Mammoth Cave Recording Co. released the debut 7″ EP from GOLD titled Losing Your Hair. Late Women guitarist Chris Reimer played drums on the EP and supplied the band with the equipment they used to record these four songs.

As the band has said themselves, they started recording these tracks back in January 2012, but Reimer passed away in his sleep a month later on February 21st due to a previously undiagnosed heart condition. This EP is an archive of the four songs they finished with Reimer, and they’ve appropriately dedicated the EP to him as well. As for the band’s future, things are looking up as they have discussed plans to release a full-length album.

The songs on this EP are featherweight and frothy, falling somewhere between folk and dream pop with a uniquely sunny guitar jangle wired throughout. Kaelen Ohm’s (also of the Shrapnelles) guitar work glistens with a slithery twang, opening the EP with a curious shimmer in “Drugs.” She weaves these gold-plated hooks through an airy atmosphere of breathy vocals and Reimer’s swift drumming. Lead single “Losing Your Hair” is thee perfect example of this glowing pop. Glimmering guitars prod and poke with their sharply lit tone, supplying the song with a streak of color. The jewel-toned guitars drip like dew on a brisk morning, which are simultaneously cooled by the track’s soothing wobble. As if you needed another reason, head on over to Mammoth Cave and snag the 7″ while you still can. It’s limited to 300 and definitely won’t be around forever.

BUY the 7″ directly from Mammoth Cave Recording Co. – limited to 300 !
Gold on Bandcamp