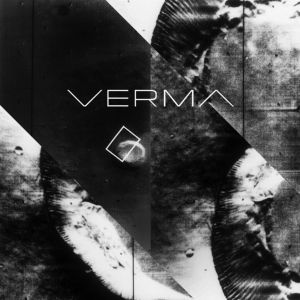 After their recent LP on Trouble in Mind, Chicago space-rock crew VERMA return with a follow up 7″ on Hozac Records. Ragnaraak originally appears on their 2012 self-released LP EXU and it reappears on this new single.

Coltan was known to be more of an improvisational effort, but this new single is actually the opposite. “Ragnaraak” has us drifting through a wave of cosmic textures, quickly working as a reminder of their LP we covered back in June. The song is built with explosive guitars and echoed vocals, cutting through a dense and torrid atmosphere with a sharp glimmer. They lay it on heavy early on, but as things unfold they settle down into a mesmerizing state led by short bass throbs and searing guitar licks. They ride the streamlined haze carefully into a stormy finale, becoming the tracks heaviest moment in a sea of reverberating guitars. B-side “Chrome” opens with a piercing wall of noise, slowly exposing us to rumbling bass and static-coated guitars. Warbled sci-fi tones are scattered amongst the metallic noise, making for a forceful and unsettling vibe. Hear both sides of the 7″ right below – if that’s not enough, Hozac has plenty copies to go around, so go grip one!

One thought on “Verma – Ragnaraak 7″”