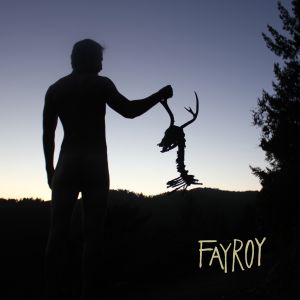 Today we’re introducing FAYROY, a surfy, folksy trio from San Francisco, California. About two years ago the band relocated from their home in Tampa, Florida to play more shows and focus on recording an album. Now in 2013 they’re seeing their ideas come to life. The band is currently finishing up their debut record which will be released this July, followed by a tour of both US coasts to support the album later this summer. They currently have two singles from their album featured on their Bandcamp. “I Had that Feeling Myself” shows off their twangy surf guitars, swirled by a palpable humid atmosphere as the waves wash up on the beach. It’s generally instrumental save for the lone chant “I had that feeling myself,” leading us through the murky surf with slithering guitars for a truly hypnotizing affair. It’s one you’re not going to want to miss, so get on board now and sit tight for their upcoming album. The band begins touring on July 6th in San Francisco at 50 Mason Social House, so you better be there to give them a proper send off! Keep an eye on their website for more tour dates and album details!