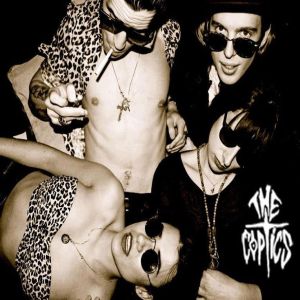 THE COPTICS hail from London. Right now they have some demos to share with us. Perhaps somewhere down the line they’ll have even more when their plans for a release come to fruition. As far as we’re concerned, there’s some promise to be heard in their demos here, which is always an exciting quality as a band goes forward and finds their stride. Their sound? It’s a little different in a weird, mutated and disfigured kind of way, but that shouldn’t turn you off – in fact, that should be why you listen. They’ve got an interesting and unusual mix of influences coming through on their Soundcloud, suggesting that The Coptics could have plenty more up their sleeves as they put together their first release.

See what you think with the wonky track “Using” right below. It’s a frantic and stress-worthy affair, characterized by tightly-wound bass tremors, shredded guitar chords and harsh, blown-out vocals drenched in plenty of echo. If you’re still a bit curious, the remaining demos on their Soundcloud page should answer a question or two.