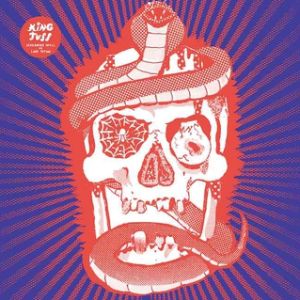 KING TUFF has had a busy year. Screaming Skull is his second 7″ of 2012, bringing us two new non-album tracks hot off the heels of his glamorous self-titled LP on Sub Pop.

Considering the exhilarating pop-caliber of his other 7″ this year on Suicide Squeeze, overlooking this one would have been an ill-advised move. A good assumption that was, because Screaming Skull offers some more of KT’s signature, dance-inspired pop rock. There’s no telling whether or not these were supposed to be a part of his recent LP, but chances are they would have fit in just right. Both of these tracks are just as dazzling as anything we’ve ever gotten from King Tuff, sustaining his pace for quality and quantity. Crank the volume knob to 11 and let the guitars do the rest. There’s a head-splitting solo slapped right in the middle of both of these tracks, meaning it’s all pretty much dead on for KT. Hear’em both right below, right now.

BUY the 7″ directly from Insound
King Tuff on Facebook