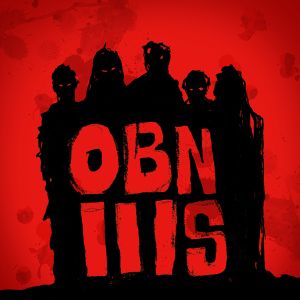 It’s been a little over a year since OBN IIIs dropped their debut album. Hailing from Austin, TX, these savage rockers are back once again with their sophomore LP for the Tic Tac Totally label in Chicago.

Calling this an anticipated release would be an understatement. With the exception of this record, OBN IIIs have more or less been quiet for a majority of 2012. But this new self-titled album makes up for all that time, again and again. As far as their sound goes, they haven’t changed much, retaining their endlessly exhilarating rock and roll spirit with the fury of some of the rowdiest punk rock. The difference this time around would probably be that things aren’t as straightforward overall as they were in The Only and Only. In the long run these new tracks are generally longer, making for an overall lengthier record and giving the band more time to experiment and progress their filthy sound with some new ideas.

There’s a small handful of tracks on OBN IIIs to help prove that – some examples include “Stick and Move,” “Nicky the Knife,” “Left Hand Path” and “Leave Me Alone.” They’re all easily highlights on the record (which becomes the pattern – is that a surprise?), with each becoming a ravaging monster of their own kind. A track like “Stick and Move” offers a hot and heavy psych-leaning sound with a particular bluesy groove, while another like “Nicky the Knife” is more like a story than anything else. Neeley guides us through the pummeling beatdown in his bold tone, spearheaded by plenty of shredded guitars hooks and crashing cymbals. Others like the evil “Leave Me Alone” are notably dark and foreboding in their own right.

Aside from that, you should otherwise know what to expect from these guys. The album starts out with a bang with the snarling “You Wanna Bitch,” quickly setting the pace for the record with a rollicking introduction. High-voltage guitar soloing seeks to crush while sustaining the break-neck speeds of the record (the same goes for tracks like “So What If We Die” or “No Way to Rock and Roll”), making for an opening statement you won’t be able to ignore. Another track truly worth mentioning would be “CCTV” – the way it all unfolds within the first thirty seconds really goes to show the raw power that fortifies these tracks. The dual guitar attack can clearly be seen, driving these songs with a bloodthirsty rage that’s not very easily matched.

With all that being said, the thirteen songs on this LP are not to be missed. There’s just no denying that Neeley and the gang came back strong for their sophomore album, pretty much staying right on path with everything they’ve given us up until now. Quality and consistency isn’t always a combination you’re bound to hear in music like this, but these guys are the exception. Not to mention, live show intensity is also another feat that has some difficulty transferring over onto records – but again, these guys are the exception. Hear tracks from the LP right below, you won’t be sorry.

No Way to Rock and Roll –

BUY the LP directly from Midheaven
OBN IIIs on Facebook