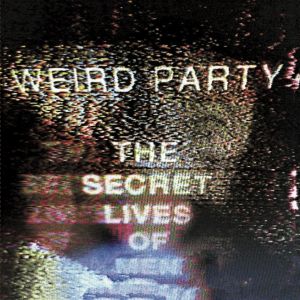 WEIRD PARTY are back once again with their latest single The Secret Lives of Men from Twistworthy Records. The 7″ brings us four new tracks of their sinister post-punk.

It’s been awhile since we’ve heard from these dudes but that doesn’t mean they haven’t been busy! Since Honey Slides it sounds as if Weird Party have fleshed out their sound greatly, incorporating sharp and spastic guitars to create an unsettling metallic whirlwind in a song like “How the Breast Stung.” They broaden out this twisted formula with plenty of bloodthirsty screaming and evil laughter (“Birth Spasms”) which only helps intensify the ominous edge of these songs. Opener “Euphoria Morgue” sets the tone early on with its destructive nature, plowing on through with catastrophic guitar shards and crazed vocals that are far from forgiving. From here on out they barely slow down for anything, whether it’s the shredded guitars that drive “I Don’t Want You to Know” or the heavy, sporadic guitars of a writhing jam like “Birth Spasms.”