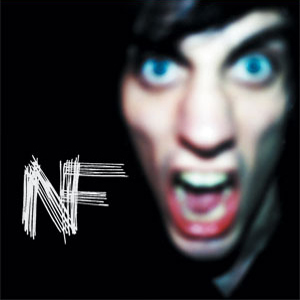 After over two years, NICE FACE (or Ian Magee) is back again with his sophomore LP Horizon Fires on Hozac Records. For fans of the debut LP Immer Etwas on Sacred Bones, this album was long overdue.

Also, as far as fans go, they’ll probably be pretty excited with this new album as well. Horizon Fires overall feels a bit more thought-out and detailed than the much more straightforward Immer Etwas from 2010. For Magee, that was probably all part of the plan too. Songs now sound fully realized and there’s plenty of examples on this entire LP to help change your mind. One early example comes in “Shaman” and there’s more of that later on as well, whether it’s “March of the Cosmic Man,” “Asymptotes II,” or “Summer Shake.” Aside from these, a track like “Equipped” almost sounds like something we could have heard from Immer Etwas. It features a wonky bass line and a relentless pound that continuously pushes forward, eventually catapulting us into sharp guitar leads and spaced-out textures. If you’re asking us, this unusual sound definitely falls somewhere in the synth-punk realm.

A song like that is much more heavy in the instrumentation department, but the thing about Horizon Fires is that’s not all there is. On the flipside, a song like “Killing Time” is the total opposite. For the most part the track sounds like it could be comprised totally of synths and electronics, which is far from anything we heard in “Equipped.” Now if you’re looking for something that falls right in-between, then “Asymptotes II” is probably for you. The song boasts an excellent balance between instrumentation and electronics, not to mention a ridiculously hypnotic bass line that supplies the song with a blinding hook that is too good to be true. If you can manage to escape the grasp of such a captivating song, you’ll learn that the last leg of the album is just as memorable.

This includes the three-track punch from “Rollover” down onto the closer “Summer Shake.” “Rollover” is some straight-up, fiery punk rock action from top to bottom, while “Cold Shoulder” brings back some heavily stomping electronic percussion with shredded guitars into the picture. Last but not least, “Summer Shake” is without a doubt the best way to close this all out. As if that opening guitar hook wasn’t enough to grasp your attention, now it’s just going to just keep spinning and spinning right in your face. That being said, the catchy nature of such a song is truly inescapable – this is the kind of song that go great while speeding down the highway, blood pumping, pedal to the metal. You get the picture. Just listen to it below.