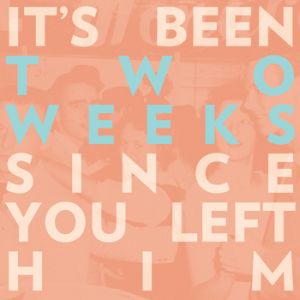 Heroes & Heroines start off on the right foot with this 7″. This self-released single comes with two fun-loving slices of bubblegum pop which are equally catchy in their own right. Delicate vocals are paired with the clean and polished complexion of this easily accessible pop music, making for a delectable and innocent sound that is overwhelmingly charming. This is proven in B-side track “Busy Bee” which floats along calmly before suffering a change of pace right in the middle of the track. Suddenly brightening keyboards take a hold and we ride these blissfully enchanting synth waves until the songs eventual fade out, filled out by ecstatic vocal chants and feelings of inexplicable joy. It’s not a surprise to be totally floored by this incomparable bliss, so go with the flow and see where it takes you.

Flipping over to the A-side now, “Two Weeks” uses a similarly addicting formula, only the end result this time is a rowdy, metallic sounding guitar solo that shows these guys are willing to flesh out their sound any chance they get. When it’s all said and done, with songs like these, it’s hard not to be curious with whatever Heroes & Heroines have for us next. In the meantime, grab one of their singles because there’s only 100 to go around!