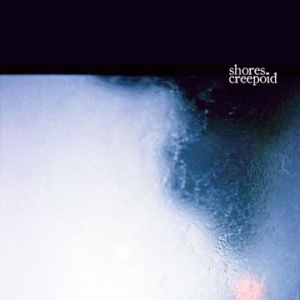 CREEPOID and SHORES joined forces for a split 7″ released by No Idea Records for this past Record Store Day. Both bands include a track apiece which gives us some insight to their current status.

For Creepoid, this is their first track put to vinyl since the release of Horse Heaven at the beginning of last year. As for Shores, their inclusion is like the precursor to their upcoming LP Leavening on No Idea Records which is due out this summer.

At first before listening it might take a minute to figure out how these two bands fit together, but as proved by this lone single they have some striking comparisons. Both bands exercise their challenging “soft-to-loud” rock formula that starts off lazy and dirgy until the momentum swings and they lay it on heavy. This is something we already knew Creepoid were capable of and they show that excellence here again with their grungy rage. As for Shores, these guys have some tricks up their sleeve as well. Their track begins with warming layers of guitar goodness which slowly but surely unfolds into a jangly and subtly destructive breakdown. The calming vocals sound masked by a thin layer of reverb, which guide us through the track from its slow start to its towering finale.

So in the end, if this track is any indication, the upcoming Shores LP will definitely be an interesting listen. We’ll have to wait and see what happens. In the mean time, check out these two songs below.

BUY the 7″ directly from Midheaven – comes on swirled color vinyl !
Creepoid on Facebook
Shores on Bandcamp

One thought on “Creepoid/ Shores – No Idea Split 7″”