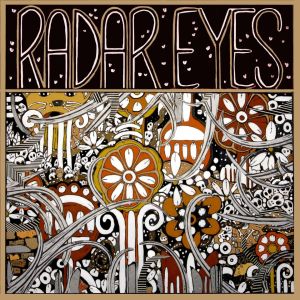 RADAR EYES of Chicago finally dropped their debut LP from Hozac Records earlier this year. The self-titled album features a combination of garage and noise rock with towering guitars and overall epic results.

As we began to learn with their earlier “Miracle” 7″ on Hozac Records, Radar Eyes definitely had something special in the works for us. Their self-titled LP delivers on every last bit of the promise from that single and then some, containing eleven original songs that all slay in their own special way. Songs are enormous and engulfing and crowded with all sorts of jangle and fuzz – this lethal combination gives Radar Eyes a challenging sound that they can truly call their own. Take a pummeling song like “Accident” for example, with its crunchy guitar soloing and mangled complexion. They don’t let up on the intensity for the slightest bit as they just keep pushing forward. Considering the way this song unfolds, it’s kind of hard to think otherwise as everything just keeps growing bigger and more destructive. Other tracks like “I am” feature a continuous guitar screech that undeniably proves the relentless nature of this band and that’s just one lone example. They even take a softer route with a track like “Disconnection”, which easily enough brings a band like Spacemen 3 to mind.

So in the end, with each track that passes, this lethal formula of theirs just keeps dealing out punch after punch. Check this handful of songs from the LP out right here and then why not go grab a copy of the vinyl over at Insound?

BUY the LP directly from Insound
Radar Eyes on Facebook