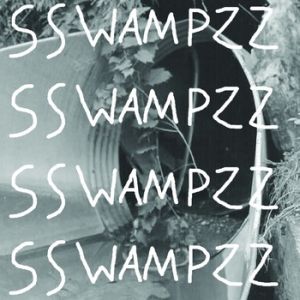 The oddly named SSWAMPZZ hail from Syracuse, New York. They’re a noisy three-piece band that employs a slew of influences, most notably punk and noise rock which is evidenced greatly by their destructive sound.

Their debut EP “Sleeper” comes courtesy of Miscreant Records, a fairly new record label which seems destined to promote bands on a friendly basis. “Sleeper” appears to also be their debut release as a label and it’s certainly a fitting one to be included here on our blog. The cassette clocks in with over 16 minutes of material spanning five different tracks, creating this churning, blown-out fuzz rock sound with plenty of lo-fi grit and attitude. These guys sound pretty filthy – take the self-titled track “Sleeper” which offers a whirlwind of challenges. But then there’s also songs like “Pools” which take a step back on the relentless intensity and offer a bit more structure. That being said, a change of pace never really hurt anybody.

The first few tracks set the done for SSWAMPZZ with songs like “Scavenger Hunt” and “Sleeper”. “Sleeper” just might be the highlight of this EP and rightfully so. The song features an overwhelming structure, combining chunky bass lines and rattling percussion with ferociously descending guitar licks that spiral out of control into complete insanity. This midsection of the song is nothing short of being ecstatically exhilarating, which makes it worthy of being played again and again. Aside from that, the follow up “Pools” is an easily accessible track compared to the last, which offers up a much more straight-forward song structure.

A bit later on the cassette, they move it all to the staggeringly slow pace of the foreboding “The Land” which shows a more dirgy, compositional side of the band. They drag the song out for awhile, but suddenly hit a wall and the track totally changes direction. Now we find ourselves in the midst of a musical blitz, made up of pounding drums and threatening guitar shards that show no mercy – much like we heard earlier in the self-titled track “Sleeper”. After listening, it’s safe to say that these two songs share some similarities. At the end, the closing track “Skeleton” brings us back into a pulsing punk onslaught, leaving us floored in a sea of scuzzy guitars and a scratchy, metallic atmosphere. Hear these tracks below right now for a thrilling start to your day! Go ahead and buy their cassette on Bandcamp – it’s only $5!

One thought on “SSWAMPZZ – Sleeper”