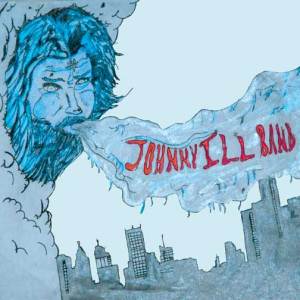 Today we bring you new material from the JOHNNY ILL BAND on X! Records, a label which is new to us that deals with all things Detroit. This single eventually leads up to their debut full length on Urinal Cake Records.

Johnny Garcia and his Ill Band take an extremely objective approach when it comes to writing lyrics. These songs are cut and dry written about things that Garcia seems to observe, but doesn’t necessarily interpret. As opposed to showing you, he’s just telling you what he thinks or what he see’s, whether it be about the snow on the ground or how Dan Braun hates your band and smokes over a pack of cigs per day. While his words are simply interesting and nothing more, they still somehow put together a revealing portrait of the characters Dan Braun and Matt Larson (who appears to be part of the band). Even though Garcia does it all with his mundane, spoken-word tone, it doesn’t really ever get boring thanks to a bright and perky pop attitude that keeps the songs moving forward. This includes things like the broken guitar soloing of “Matt Larson” or the sweeping synths of “In the Wintertime.”

This all ends up working in their advantage because these tracks will slowly creep into your memory and before you know it you’ll be singing the lyrics to yourself. Now see what the Johnny Ill Band are all about with these songs below. Keep checking back at X! Recs for when the 7″ becomes available!