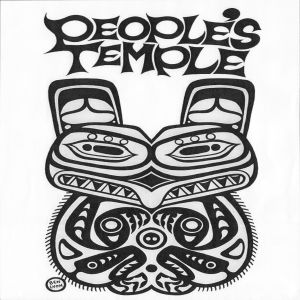 THE PEOPLE’S TEMPLE weren’t silent for too long after their Hozac LP, as they have come back fairly quickly with a brand new 7″ from the mysterious folks at Goodbye Boozy.

While their “Sons of Stone” record on Hozac earlier this year was undoubtedly a bigger and bolder statement, this 7″ surprisingly changes up the scale with a lot less quality in the production department. “Still (The Same)” is a short and totally striped down track, plagued by buzzing and noisy lo-fi growls that stems from crunchy guitars in the shoddy production values. That being said it’s almost like they’ve taken a step backwards towards more simple and primitive roots, which isn’t necessarily a bad thing. B-side track “See Him Go” sees the band moving back towards more familiar territory, where the quivering track nearly sounds like a resurrected 13th Floor Elevators song. For the tracks two minute length, there seems to be a perpetual rippling swirl that never settles down, resulting in a totally relentless and lysergic element added to the mix.

As an extra surprise, the good folks at Goodbye Boozy have a little secret to fill you in for their latest batch of 7″ records. Each of their newest singles comes with a “ghost song” housed on the B-side when there is no real indication of a B-side at all. For this People’s Temple 7″, they’ve added in another track called “Down from the Stars” (which not only nearly doubles the length of the 7″), but sounds more like their roots thanks to it’s glowing guitars and sweeping psyched-out textures. You can thank Goodbye Boozy for letting us include the “ghost song” below, so take advantage of that and go hear it now!

Down from the Stars –

BUY the 7″ directly from Bachelor’s Records – tough to find anywhere else, limited to less than 300 !
The People’s Temple on Facebook