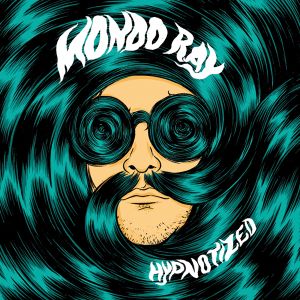 Here’s another from our friends at Windian Records, this time being the latest 7″ from rowdy power-punks MONDO RAY out of Munich, Germany.

As you can probably gather from the very first few seconds, this release is going to be an invigorating one. Together both songs don’t even reach the five minute mark, but that’s totally okay thanks to their explosive stamina that literally makes the ground shake as they stomp on through. “Hypnotized” displays a few unique elements in their eager sound, from dizzying synths, spastic drumming and blazing guitar beatings that are as crunchy as they are energetic. The madness is all summed up well before the two minute mark, where you’re still trying to figure out what the hell just hit you.

“Nothing” on the B-side sees the band working towards a cleaner garage-pop sound as opposed to the first, which was pretty punked out and reckless all the way to the core. This one feels a bit more refined, with peppy guitar shards that are scattered over top of pummeling, face-beating bass lines which end up rolling in unison with sharp hi-hat clanks. They ride this destructive wave with twangy guitar leads until the song begins to fade out during the remaining fifteen seconds. Now hear them both below for a frenzied start to your day.

BUY the 7″ directly from Windian Records – limited to 500, first 100 on green wax!
Mondo Ray on the Garage Punk Hideout

One thought on “Mondo Ray – Hypnotized 7″”