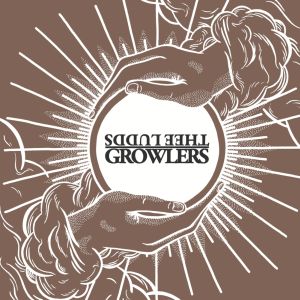 FatCat Records’ subsidiary label Palmist Records are hitting home run after home run with their slew of split releases, and their sixth concoction keeps the good times rolling. The two bands in question this time around are LA deviants THE GROWLERS and Leicester, England’s nascent degenerates THEE LUDDS.

The A-Side offers five slices of The Growlers’ signatured warped frontier blues stonk, exemplified primarily by Brooks’ sun-warped voice and acerbic lyrics. ‘Graveyard’s Full’ is brilliant, scaffolding an el mariachi thrum for Brooks’ weary yet hedonistic outlook – “The graveyard’s full/We’re running out of earth/But we can use the bones to build another church.” The retro stomp of ‘Something Someone Jr’ offers a Doors-esque excessive dirge stomp, whilst the final three tracks prove to be a blues-oriented triptych, occupying a bleary-eyed terrain that seems custom-made for Quentin Tarantino to pilfer.

Then along comes Thee Ludds. This is essentially their first big-time release, and they relish in the opportunity, down-tuning and muddying the waters in a frenetic fashion. ‘Astral Plane’ has been floating around in demo form for a while, and is finally let loose in a deluge of white noise and decadent vomit. Underneath the filth though there is an inherent sense of hook, tugging at the hamstrings like a wanton puppeteer whilst blinding you in their vehement vitriol. A meteoric crater crash, Thee Ludds eat up their time voraciously, causing chaos and carefree camaraderie in equal measure.

Palmist’s splits are some of the most considered releases being committed to wax – do yourself a favor and start collecting these depraved wonders.

The Growlers – Something Someone Jr. –

One thought on “The Growlers/ Thee Ludds – Palmist Split 12″”