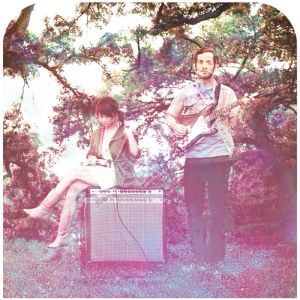 DEAD LUKE comes back in 2011 with his excellent follow up to last years efforts, creating a different beast entirely with a truly refreshing and mystifying blend of both psyched-out rock with bluesy intentions.

Last year Dead Luke put together one of our favorite records of 2010. This year he comes back with his sophomore effort “Meanwhile… In the Midwest” and carves a fairly new, more upbeat direction for his once much more daunting head-draggers with assistance from plenty of friends. Many of these new songs here feature heavily rippling strobe light textures that never cease to lighten their grasp (“Cheyanne”, “God of Nothing”) that all somehow amalgamate their elements one way or another into this huge wall of burning psychedelic madness. At such point it all becomes so awesomely overwhelming you can’t help but crank the volume knob to it’s highest point. The bass lines of songs like “Paranoia is a Flower of the Mind” strike an irresistible urge to spark movement in the listener, where in the end it will work every time you come back for more.

Early on, “God of Nothing” evokes a strangely familiar sound, however we’re challenging you just as well as ourselves to forget about Spacemen 3. This gospel-like arrangement is like a sanctuary high up in the heavens where everything on Earth revolves around. Roaring guitars dominate rattlesnake percussion, culminating into an absolutely blazing landscape where you’re being roasted out in the middle of a desert. It’s okay to feel vulnerable and/or like a victim of heat stroke once it’s all wrapped up.

“All Before Me Coming Undone” may be one of the most obvious oddities on this record that overlaps with qualities from “American Haircut“. It’s a strung-out stargaze with all sorts of menacing guitar shrills, moping along at a lazy pace and dragging it’s feet in the murky cosmic bliss that perpetually swirls below. Next up, “I’m a Man” is a sure album highlight, driven by a bluesy guitar chord at the very core. This one is rounded out with cavernous vocals and an unsettling vibrant texture that similarly plagues every other one of these burning songs. As it builds, the composition is like a wall thicker than tar that is just too dense to puncture to break the mesmerizing spell that is induced. Good luck escaping as it only continues to grow and engulf everything in sight. At the end, notice the “intermission” when it’s time to flip the LP – definitely an interesting addition.

Referring back to the idea of memorization, “Paranoia is a Flower of the Mind” might steal the show in that department. Jangly guitar shards somehow manage to stay afloat in a sea of buoyant bass lines that bounce and groove with so much subtle energy and sheer craftsmanship. Before you know it you’re trapped right in another lysergic wall of psyched-out perfection that will leave you seeing colors you never thought existed. Following that, “Take My Hand” is a great way to shake the entrancing vibes that were so distracting from before, where crunchy guitars come full circle in between jangly verses.

Album closer “Endless High” is where the true prize of the entire album lies, consisting of three major parts. It’s an epic, fourteen minute voyage through deep space with intricately fragmented guitar leads that act as a tour guide through the increasingly confusing atmosphere. This track also proves how layered and detailed these songs really are, eventually revealing another four minute song after such an elaborate introduction. This nearly four minute song is the final section of the track, summing the album up with sharp and metallic guitars that are driven by Cheyanne Cyr’s perpetual tambourine hit.

Through the use of multiple warming layers of lush, nearly orchestral arrangements, Dead Luke has created an album above and beyond anybodies expectations. It all falls somewhere between an intense nightmare and a comforting dream, but really it is whatever you decide to make of it. Either way you go though, this hauntingly impressive compositional output only shows that Dead Luke has outdone himself. Grab the LP from Moon Glyph while it’s still available – there’s only 500 to go around!

Paranoia Is a Flower of the Mind –

BUY the LP directly from Moon Glyph – limited to 500 !
Dead Luke on Facebook

4 thoughts on “Dead Luke – Meanwhile… In the Midwest”