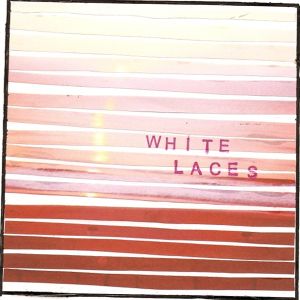 Coming from the fine people at Shdwply Records is the first WHITE LACES material to be released on vinyl. The band has come a long way since their initial set of demos that was released at the end of 2009, so let’s see what they’ve got for us now.

White Laces take on a pulsing form of indie rock with plenty of crystal clear guitar ambiance that at times can create quite a heavenly sound. Bellowing beneath the shiny surface is a gurgling and heated psych undertone that never fully reveals it’s face unless you’re giving your undivided attention. One prime example would be “Psykick Healing” with it’s wobbly guitars. For awhile those guitars sound lazy and tend to trail off into obscurity before breaking out in the final two minutes with a deep cutting jam – they lay it on heavy for your send off, which should quickly bring you back for a second helping.

Other tracks like “Motorik Twilight” greet you with mangled and mutated guitars which appear to be overflowing with ecstatic curiosity. As the songs play out and sprawl in all directions, you’ll begin to notice just how vast and engulfing these White Laces tracks can be, because that’s certainly not all they have up their sleeve. Within this near twenty-five minutes of fury you’ll find the six minute suite “Sick of Summer”, which has a heavy progressive vibe – post-rock if you will – while guitars either have the option to trail off into nothing or explode into something huge that will swallow you whole. Just give it a listen below and you’ll see what we mean.

Then last but not least there’s a track like “Spirituals”. It takes a minute to build up but in time you will find yourself in the thick of the woozy madness. The track reveals high voltage guitar textures and pounding drums which comes off as carefully organized but at the same time manage to sound sloppy and heavy. Nonetheless, this is a focused track which gets its point across while throwing you plenty of curve balls to mix things up. Now do yourself a giant favor and listen to these songs from the EP right below.

BUY the EP directly from Insound – limited to 500 !
White Laces on Tumblr