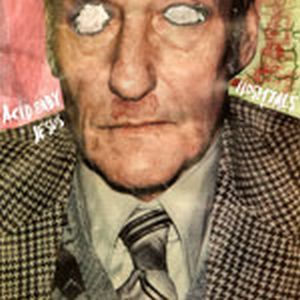 Hailing all the way from Greece is ACID BABY JESUS, whose 7″ was the first release from Slovenly Recordings to kick off 2011. It’s not entirely clear what else these guys have out there for our consumption, but for now this was a hell of an introduction.

This is buzzy psych rock with metallic guitars at a decent pace, almost with some shitgaze qualities that will leave you with a splitting headache. The guitars are heavily concentrated and always on the edge of destruction with plenty of crunch and grit, probably best illustrated in the opener “Hospitals”. The gritty chord bursts press on without second thought before exploding into a heated psychedelic freakout, which should leave you right on your ass due to clanking percussion. The staggering chords of “It’s On Me” suffer an immense beat down, while creeping along at a grueling pace before moving on. The closer “Losing It” has an unexpected bluesy twang that wraps up the single, and the lyrics go a long way to complement the edgy attitude that comes through in these songs. Perilous synths gives it more depth and adds a vibrant haze, hereby forcing you to decide just which one of these dynamic tracks you like the best.