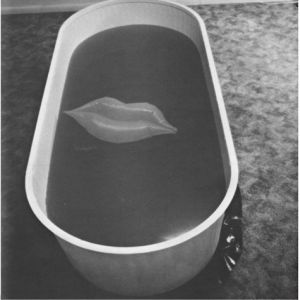 PURE X (formerly Pure Ecstasy) re-release one of their early 7″ singles in 12″ EP format from the Acéphale and Light Lodge labels. Last we heard was the “Voices” 7″, so it’s about damn time these Texas haze-rockers come back around.

There’s one previously unreleased song buried in the middle of this absolutely pleasing EP, which some of you probably already know as “Back Where I Began.” Nate Grace sounds cool and collected while the EP comes together for a full fifteen minutes of spacious pop-jams, screened by a foggy layer of smoke, which proves to be a hell of a moving listening session. The best part is this (eventually… as in July) leads up to a highly necessary full length from these psych-pop wonders, appropriately named “Pleasure,” which will also come co-released from Light Lodge and Acéphale.

As far as this EP goes, it’s been remastered completely from the 7″ version and comes pressed on beautiful red/white (limited to 150) blended vinyl, which you can see pictured below. The self-titled track has been extended from the original and you can hear all six and a half minutes right below, too. It probably won’t take you long to figure out this thing sounds fantastic (and it looks fantastic too) hereby proving this is one of those releases where you really feel like you’ve gotten your money’s worth – in other words, don’t sleep on it. 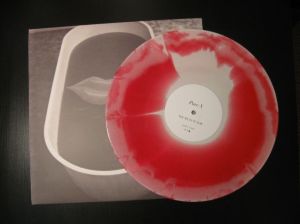 Back Where I Began –

BUY the EP directly from Acéphale – limited to 500 on blended color vinyl !
PURE X on Myspace