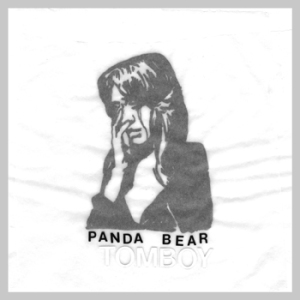 If you weren’t aware of this one then there’s only one question you should be asking yourself – where the hell have I been? PANDA BEAR releases his third official album tomorrow from Paw Tracks, and the world couldn’t be happier.

We had been following this one since the very beginning, way back in late July when the first 7″ was unleashed. Now we’re in April of 2011, and they certainly couldn’t have kept us waiting any longer. For those that were eagerly waiting, your patience has finally paid off. More than the first half of the album is made up of tracks you can find from that string of 7″ records that came out over the year, ultimately leaving us with four brand new, unheard songs. The songs from those 7-inches have all been redone and polished up, and when it’s all said and done, Panda Bear manages to please once again – in the most spiritually unsettling and agitating way possible (which of course, is meant in the best possible way).

“You Can Count On Me” starts off on a familiar note, and right away you would know this is Panda Bear because of his signature singing voice. The rhythm follows his voice through the track to create a delicate intro, sounding like he’s singing from the inside of a relentlessly echoing cave. Track two is the self-titled “Tomboy”, which is the one we’ve had since the beginning. You’ll notice a demonic buzzing ambiance now, which takes the song to a freakishly new level. It’s still as sludgy and glowing as before, with a popping rhythm and a swelling acid-bass. This track has a mind of it’s own, but what the hell are we supposed to call it?

Clearly the next track was meant to sound like it’s in slow motion, and I think he does a damn fine job in doing so. Thunderous echoing effects and his reverb-drenched voice helps give the song distant and fluttering qualities, driven by a break-beat rhythm which gives nods to music like dub. It’s glitchy, danceable, and will definitely get you up and moving. “Surfer’s Hymn”, however, sounds completely different. It’s jangly and totally unsettling, which is a theme that starts to become obvious for this album as a whole. The calming beach vibes are the highlight of this one though, which paint a vivid and relaxing picture in your mind of lounging out on a beach somewhere.

“Last Night at the Jetty” comes back with it’s bouncy rhythm that repeatedly snaps back into place, never missing a beat. The swirling effects float lightly above your head, sounding squishy and sonically textured all at the same time. Following this is “Drone”, which sticks out like a sore thumb because it sounds like nothing else we’ve heard up til this point. Underneath the buzzing textures lies a wishful/ hopeful theme, and Panda Bear guides us through this thick drone with his distinct voice. This makes way for “Alsatian Darn”, which comes through with shape-shifting vibrations. The quivering effects are totally unsettling once again, bringing me to say that this one will leave you feeling satisfied as it manages to hit that mark. The marching rhythm sounds like it’s bubbling up from the surface below in a fizzy layer of weirdness, which next brings us to our first truly “unheard” song from the album.

“Scheherezade” is the first song that didn’t appear on that string of 7″ singles. Panda Bear sings gently and carefully, and in the end this one will leave you feeling haunted in a strange way. This song is minimalistic compared to everything else we’ve heard up until now, and it’s definitely unexpected, maybe spanning back to earlier days with Animal Collective. “Friendship Bracelet” features more quivering vocals and unsettling vibes, as it manages to blur the lines of any genre yet again. However, at this point you might notice this leg of the album doesn’t hit the same mark that the earlier half was getting at before. “Afterburner” is a diamond in the rough, which has a tribal and ethnic feel to it, sounding like it came from the middle of a colorfully tropical rainforest. There’s tons of stuff happening at once, bringing the word unsettling to mind once again. But by now it should be proof that that’s what this record is all about.

Last but not least is “Benfica”, which before actually listening I was pretty sure was the name of a soccer team. After a quick fact check, this is indeed true. There’s a distant fanfare cheer in the background of this one, which makes for an ambiguous way to end the album, not to mention totally different from everything else. Maybe it came from a Benfica game? Who knows. Just grab the first pressing on white vinyl before it’s all gone!

Past 7″ singles, in order of release:
Tomboy 7″ from July
You Can Count On Me 7″ from October
Last Night at the Jetty 7″ from December
Surfer’s Hymn 7″ from yesterday?
and find PB in our Top 30 7-inchers from 2010

One thought on “Panda Bear – Tomboy”