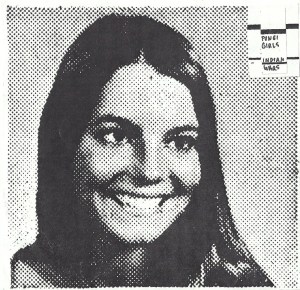 Hey there, how are we today? I hope all is well. If not, hopefully that will change after you check out what I’ve got lined up for you guys today. It’s the brand new split 7″ between your favorite scuzzy lo-fi act outta Texas called FUNGI GIRLS, and then another band called INDIAN WARS who hail straight outta Vancouver in British Columbia, Canada. We’ve covered a good bit of the Fungi Girls discography here at the Drone, but this is the first time we’re talking about Indian Wars. This looks to be the second 7″ from these rowdy Canadian rockers, and I’m sure it won’t be their last. They also appear to be friends with another Drone favorite, the Dead Ghosts, considering that both acts hail from Vancouver. At first glance you may wonder why these two bands are splitting a 7″ together, but those questions are put to rest immediately after the first listen.

So. We start off on the A-side (duh), which is a gritty new track from the Fungi Girls called “Sun Blues”. Bouncy, elastic bass lines and a headache-inducing guitar scratch dominate this song from beginning to end, complete with that all-too-familiar Fungi Girls howl that you (and I myself) have become extremely fond of. They even managed to work a surfy sounding transition into the song, which definitely causes you to double-listen. Kind of like a double-take when you turn yr head, but this time you’re turning to your music player to rewind the song a bit to hear that awesome shit again. DOUBLE-LISTEN!!! Then after a quick face-melting guitar in the last minute (otherwise known as an authentic Fungi Girls psychedelic freak-out), it’s time to flip that shit over to the B-side for some Indian Wars action.

This is the first I’ve ever heard of these bros, but it won’t stay that way for long after hearing this song. Oh no! The first 30 seconds kind of start off on a different level, which I guess acts as an intro for the song. Then a galloping drum beat takes control of everything and there’s no turning back. After this the song has a mixed feel between a rowdy county-punk song and a bluesy guitar shuffle – it’s almost impossible to pick just one, because they both work so well. The lead singer (name unknown? is it Brad Felotick?) sounds like he’s got some mighty burdens to unload before this song comes to an end. Wait for the final 40 seconds and you’ll be in the middle of a nasty, twangy guitar solo that sums up the raw energy of this song quite perfectly.  There’s almost a Black Lips feel to this song now that I’m thinking about it.

This 7″ absolutely rips, and I highly suggest you go buy it from Rough Trade, because I think that just might be THEE last place to get it. I’m probably wrong though – get in touch with the dudes at Psychic Lunch or CMRTYZ to find out for yourself. Either way you decide to go, it’s limited to 300 and pressed on some nice white vinyl, so you’re going to be happy no matter what. Just get it before that other scumbag does! Hurry!