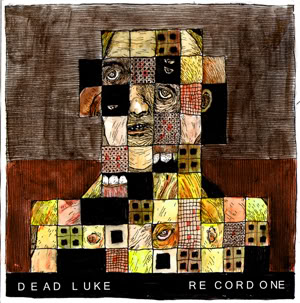 Can you remember when we covered DEAD LUKE back in July? Probably not, but I do! It was his full-length LP “American Haircut”. This time around, we’re going to go back in time a little bit and check out some of his earlier 7″ singles that came out before “American Haircut” was probably even an idea.  But what do I know? I do know that this was the first Dead Luke single to be put out on vinyl, and he had two other 7″ singles that came out later in 2008. So there’s three of them total. Two came from the Sacred Bones imprint, while the 3rd came from Sweet Rot records. There’s also some cassette tapes that were put out somewhere in the mix of things, but basically all of this material led up to the release of the “American Haircut” LP that was put out by Florida’s Dying earlier this year. So let’s talk about the music that led us to such a wonderful LP…

Kicking things off is a song called “I Want You”. Right away you’re face-to-face with some electronics that don’t exactly give any hints to where the song might be going. Then about ten seconds later some buzzing bass lines join in to help give the sound some direction and substance. Shortly after this our main man ‘Luke’ (who is definitely not dead) comes in with a creepy, zombie-like voice that certainly works wonders for the dark, sludgy sound. I wish I could figure out this dudes name, because I don’t think it’s Luke, but I can’t seem to find any other information. If you know, leave a comment or something. But moving on!

Wait for a short bit after the one minute mark, and ‘Luke’ fucking wails a blood curdling scream into the mic, and then some guitar reveals itself for a nicely done and unexpected short solo. This certainly helps create a fine balance between the electronics and the instrumentation of this song. Upon first listening, I definitely didn’t expect any guitar like that. The somewhat trippy sound effects continue on until the song ends, where you’ll hear more horrifying screams before it’s all actually said and done. Now it’s time for the B-side, which is a song called “Waste of Spaces”. Again this one starts with some inviting electronics – possibly with the intentions to make you get up and dance. ‘Luke’ comes in with a little more subtlety this time around, ditching the screaming for this song. But once again there is a great balance of guitar and electronics in this song, but the guitar is somewhat-less noticeable than it was from “I Want You”. Probably because it’s not a solo. But this stuff is awesome and you should definitely listen to it. If you like this shit, you should definitely check out the full-length too, because you’ll probably like that batch of songs even more.

BUY the 7″ directly from Insound – $4.80 is a damn good price
Dead Luke’s “American Haircut” previously posted on the Drone
Dead Luke on Myspace
More info. on Record One at Sacred Bones