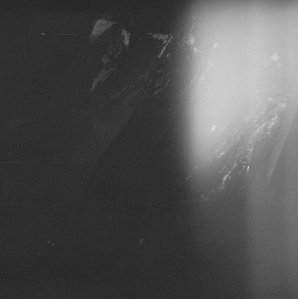 By now I feel like most of you guys are already familiar with PURE ECSTASY. We’ve covered a handful of their 7″ records, and I’ve got another one here for you guys today. The only difference from the other two would be that this one is split with another band called SLEEP ∞ OVER. Sleep Over is a fairly new band led by Stefanie Franciotti, and some of you are probably already familiar with her. She’s the singer in her other band called the Silver Pines, and now she’s got a new band to share with the world. This appears to be the first Sleep Over release to be put out on vinyl, so if you’re interested you can buy a copy of it from Light Lodge.

The 7″ features one brand new song from each band, with one song on each side of the record. It’s starts off on the A-side with a track called “Dream Over” from Pure Ecstasy, and if you’ve already listened to Pure Ecstasy before this, then you’re going to be pretty psyched. Immediately from the start you’re thrown in the middle of familiar Pure Ecstasy territory, and Nate Grace is right there to greet us with his breezy vocals. He howls and woo’s over the grainy guitars throughout the song while lazy drums and buzzy bass lines hold down the slow rhythm – the perfect formula for a Pure Ecstasy song.

Now it’s time to flip over to the B-side, which is a song called “Your World is Night” by Sleep Over, and it’s a bit different from what we just heard. For the entire length of the song, these trippy, head spinning sound effects dominate everything, giving this song the feeling that you’re stuck in an endless dreamy-daze. Lots of echoing and obscure sounds, but I definitely think this stuff takes some getting used too. Chances are this song will have to grow on you a bit before you decide if you like it or not. With that being said, this stuff is also a bit far off from the Silver Pines, but that doesn’t mean you won’t like it!

Your World is Night –

BUY the 7″ directly from Light Lodge
You can buy the sold out Voices 7″ too – Get it at insound!
Pure Ecstasy on Myspace
Sleep ∞ Over on Myspace
Check out other stuff from Pure Ecstasy – Easy 7″ – Voices 7″
Check out the Silver Pines while you’re at it too