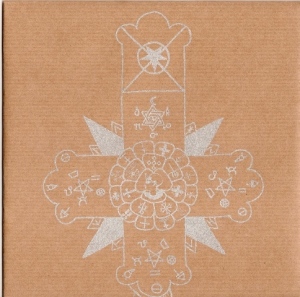 Hey guys, what’s going on? I don’t have much time for a big post today, so I’m going to do my best to keep it short. First of all, I would like to send a shout out to my Philadelphia Flyers, who successfully rallied from a 3-0 deficit in their best-of-seven-games series to come back and defeat the Boston Bruins in the series, 4-3. This officially makes the Philadelphia Flyers the third team ever in NHL history to rebound from a 3-0 deficit, and then come back to completely win it all in Game 7. History has been made people. Thank you Flyers, and good luck in the Eastern Conference Finals against the Montreal Canadiens. Now, onto the music.

A little over a week ago I received an e-mail from the good people at the record label “Shit Music for Shit People”, a record label based out of Italy/ Portugal. They offered the songs from their most recent 7″, which just so happens to be the bands debut release. The band is Satàn, and they’re quite good. Their Myspace says that they’re from Italy and France, so I’m not entirely sure where these guys come from, but that doesn’t necessarily matter. Satàn plays an infectious blend of garage rock mixed in with some noisy elements and sound effects, sometimes sounding like their Italian friends the Vermillion Sands. None of the songs from the 7″ are on their Myspace, but don’t worry, I’ll take care of that. There are still a handful of other songs you can listen to on their Myspace, so why not give it a shot? You never know! Thanks for checking again today, and sorry for the short post. Be sure to check back yet again tomorrow!

More Funny than a Mini Horse –