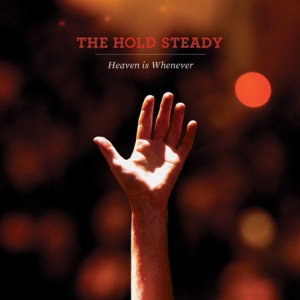 So as you already know, we have been following all of the latest Hold Steady news in order to keep up with the release of their new album “Heaven is Whenever”. And if you’ve been waiting for even more news, than today would be your lucky day – A fourth song from the album has been unveiled, and it’s called “Barely Breathing”. You can check it out over on StereoGum simply by following the link in this sentence.

This latest song has a menacing, almost villainous sound to it that I don’t think we have heard in many of the Hold Steady’s other pieces (Cattle and the Creeping Things?), especially not any of the other new tracks that have recently popped up – including “The Weekenders”, “Rock Problems”, and “Hurricane J”. Up to this point we’ve heard just about one-half of the album, and I’m still not entirely sure what we should be expecting for the record as a whole. You can either sit around and wait until the May 4th release date from Vagrant (lame), or you can get up off your ass next Saturday morning (April 17th) and grab the release they’re putting out for Record Store Day 2010 (awesome). Either way, I’m sure you will be happy, but if you go with the Record Store Day release, you will have the album waaaaay before anyone else will. And it’s got a screen-printed cover. And it’s limited to 600 copies. Just putting that out there. Enjoy!