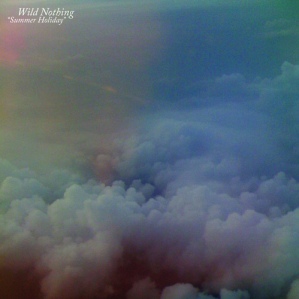 This one-man band is led by the 21 year old Virginian, Jack Tatum. This is his first release, and you can pick it up over at Captured Tracks. This 7″ has two songs, “Summer Holiday” on the A side, and “Vultures Like Lovers” on the flip side. These hazy bedroom pop songs are instantly catchy, and at times reminded me of The Cure. You can check out some other songs that aren’t on the record over at the Wild Nothing Myspace. Later next year he will have his debut LP released by Captured Tracks., and hopefully they won’t keep us waiting too long, because it look’s like a promising future. Short post today, check back for more tomorrow. Thanks!

2 thoughts on “Wild Nothing – Summer Holiday 7″”